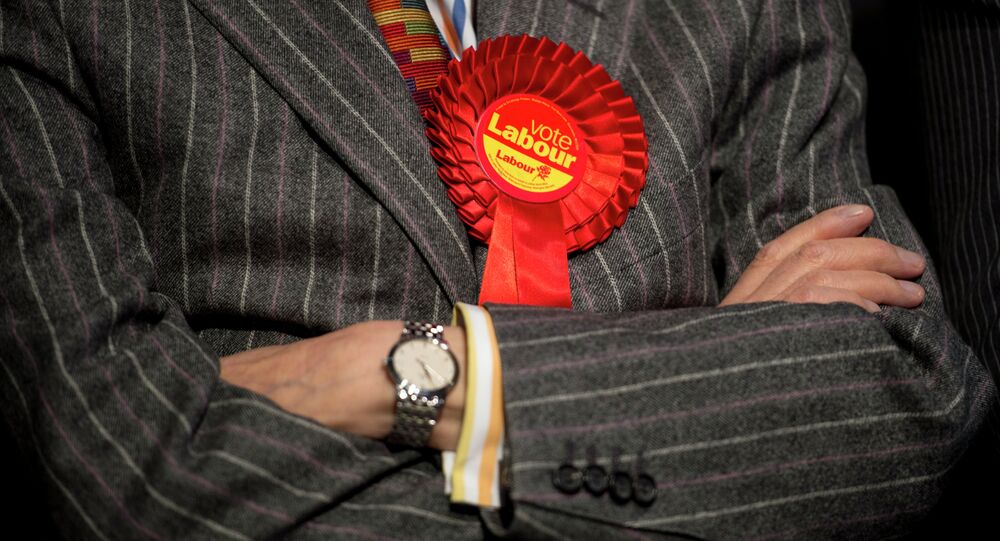 The United Kingdom is heading toward federalism as the parliament has started transferring powers to Wales and Scotland, a senior Labour politician told Sputnik on Tuesday.

BIRMINGHAM (Sputnik), Daria Chernyshova — According to parliamentary candidate for Birmingham Roger Godsiff, the rise of separatism in Scotland will eventually lead to federalization of Britain.

"I believe that we are heading towards a federal structure in the United Kingdom, that was always going to happen once you move down the path of devolution."

The Welsh National Assembly now wishes for the same powers that the Scottish parliament has, Godsiff added.

"There can't be a formal coalition between the Labour Party and the Scottish National Party," despite the fact that the two parties could work together on a number of issues, parliamentary candidate for Birmingham said.

"There could be an understanding," he added, noting that if Labour fails to gain a majority of votes in the upcoming election, there will be a need to cooperate with other parties.

According to Godsiff, Labour, like all other parties participating in the election, is unlikely to win a majority, a situation that paves the way for a "new territory as far as British politics is concerned."

Labour and Conservative parties are the main two rivals in the upcoming election, hovering at 33-to-34 percent of the votes in public polls, leading to projections of another hung government in the country's House of Commons.

The SNP, which initiated a failed independence referendum last September, is projected to win all of Scotland's parliamentary seats in the upcoming election on May 7.

© AP Photo
Study Shows Brexit Would Hurt Germany More Than Grexit
The free flow of people that comes along with EU membership has become a "toxic" issue in the United Kingdom prior to the country's upcoming general election, a senior Labour politician said.

"That is an issue where Europe and immigration collide and it becomes such a toxic issue."

He said that every country has a right to decide how many people they wish to welcome, and every country should have a population policy.

"The complication however is that being a member of the European Union, there is free movement of people within Europe," Godsiff said, adding that little can be done in this regard as Germany and other EU members would not allow this issue to be reopened.

According to the politician, the United Kingdom has a sustainable population and is not short of people.

The aspiring lawmaker, who represented Labour in the previous parliament, said that if the Conservatives are reelected they are likely to attempt renegotiating the immigration issue with the European Union, though this is unlikely to yield any results, making a referendum on leaving the union the only option.

© Flickr / Demonsub
Britain’s Biggest Firms Criticize Labour Party for Advert on 'Brexit' Risks
Godsiff told Sputnik that he personally is in favor of restricting immigration and scheduling a EU referendum, despite the fact that his party has been skeptical toward the idea of holding such a vote.

"It used to be that case if one talks about immigration, you run a risk of being labeled a racist. But attitudes have changed now, people are much more prepared to talk about," he said.

British Prime Minister David Cameron has vowed to hold a EU membership referendum by 2017 if the Conservatives win the upcoming elections, scheduled for May 7.

Labour’s Promise to Stop NHS Privatization at Core of Campaign

© Flickr / Pete
UK NHS Cannot Survive Another 5 Years of Tories Ruling – Labour Party
The National Health Service (NHS) is at the core of Labour’s campaign ahead of the upcoming UK general election, as the party is set to put an end to the privatization of healthcare.

According to Roger Godsiff, Labour's NHS policy is its best card to attract voters.

"What exactly the Labour Party is saying is that privatization of the NHS has gone far enough and we now have to turn back and make the service completely a public service as it used to be, and it is what the people want."

The politician explained that many people are concerned that the Conservatives could essentially dismantle the NHS if reelected, introducing a US-inspired insurance based system instead.

The key issues ahead of the election, scheduled for May 7, include cost of living, immigration and EU membership, but the NHS is a dominating topic, Godsiff stressed.

The National Health Service was set up in 1945 by a Labour government in order to make free high-quality medical care available to all.