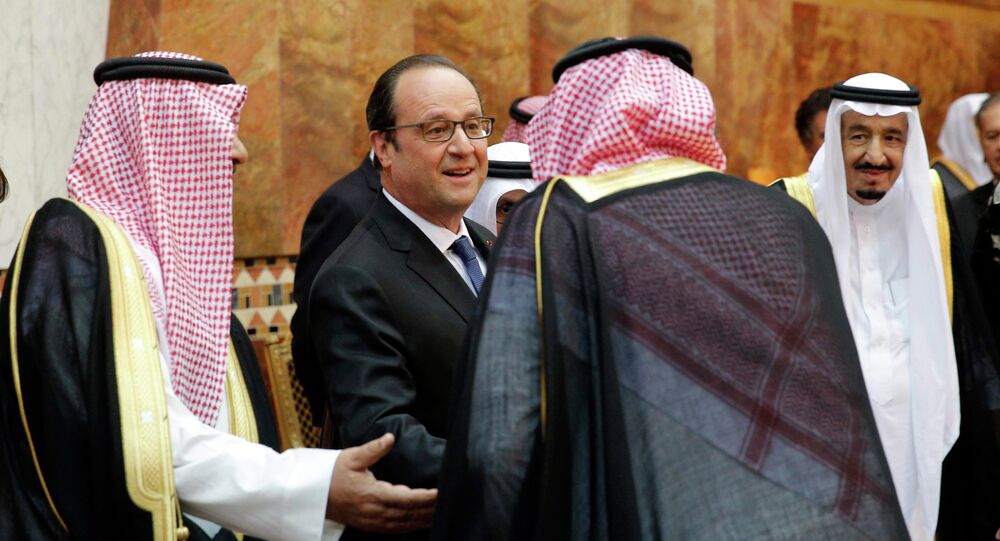 A few months ago, French President Francois Hollande marched on the streets of Paris shouting "Je Suis Charlie," but today he is visiting Saudi Arabia that sponsors global terrorism and where Wahhabism is the official religion, Boulevard Voltaire's columnist Yannik Chauvin said.

According to the author, Muslims kill Christians all over the world, but France chooses to maintain a friendship not with Christian Russia, but with the Arab monarchies. And yet, the French president went to Saudi Arabia as a guest of honor to attend a summit of the Council of the Arab League.

Chauvin thinks Hollande is a disgrace to his country:

"We humiliate Russia, which is a pretty Western country, but at the same time we obscenely cater to Arab monarchies, many of which finance global terrorism."

Just a few months ago Hollande walked on the streets of Paris shouting "Je Suis Charlie," but today he is visiting the country that sponsors global terrorism and where Wahhabism is the official religion, Chauvin pointed out.