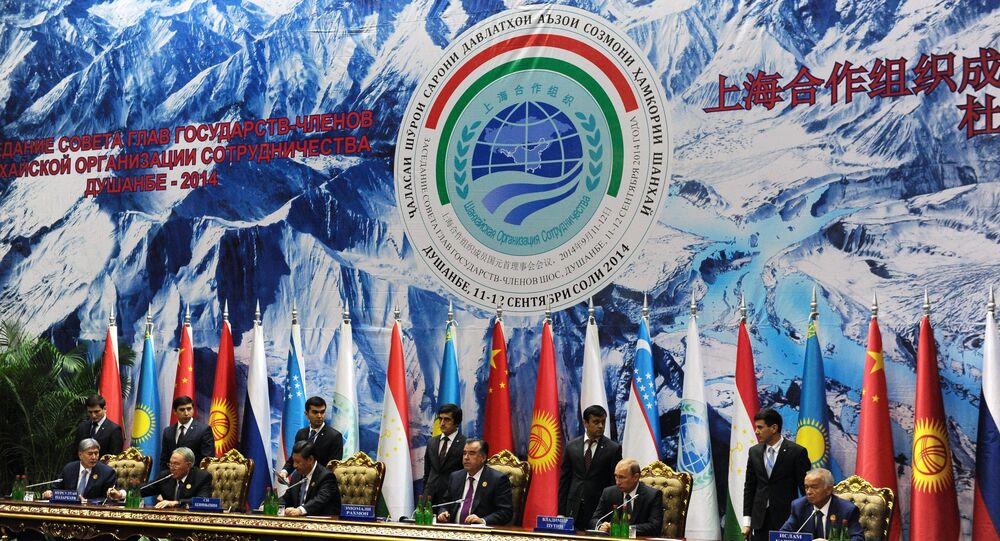 India and Pakistan may soon change their status from 'observer' to 'member' in the Shanghai Cooperation Organization.

“Work on forming the normative base of the SCO is complete and there are no longer any legal obstacles in this issue any more,” Mezentsev said.

He said that during the Dushanbe Summit in 2014, all of the documents needed in order to offer other countries membership in the SCO were signed.

© AP Photo / Ebrahim Noroozi
SCO Welcomes Progress on Iran Nuclear Program - Organization Head
“I hope that the decision on India and Pakistan will be made, as this will multiply the organization’s potential and will predetermine the SCO’s influence of growth in the region and a more active participation in issues of the regional and international agenda,” he added.

Mezentsev noted that the issue of expanding the organization presupposes not only the overview of submissions but also the process of determining whether applicant countries meet the SCO criteria.

The SCO is an international and intergovernmental organization founded in Shanghai in 2001 and includes Russia, China, Kazakhstan, Kyrgyzstan, Tajikistan, and Uzbekistan. Observers in the organization include Mongolia, India, Iran, Pakistan, and Afghanistan.

The organization aims to promote cooperation between its members in politics, trade, security, science, energy, and culture. The SCO's main goals include promoting security and stability in the region.