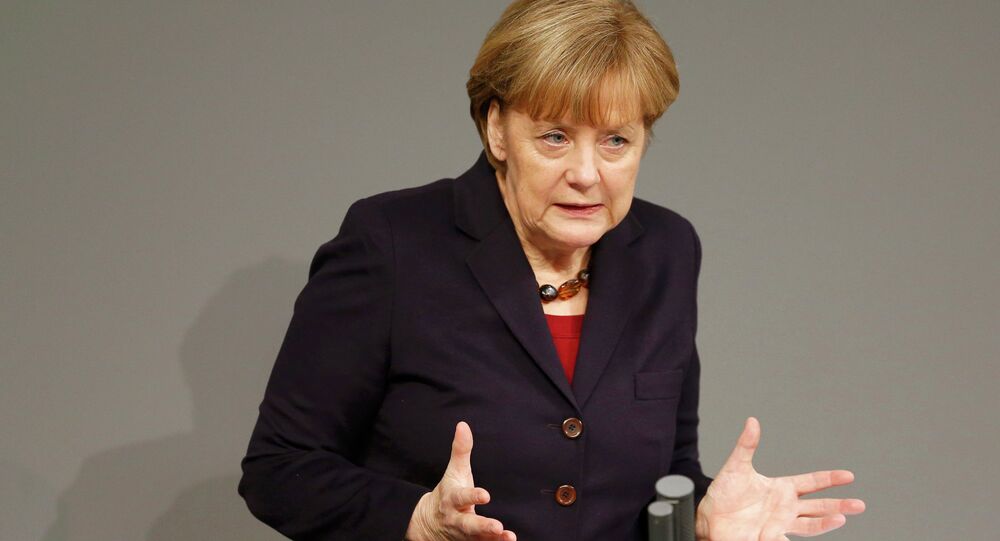 The Ukrainian Radical Party leader urged Germany to repay Ukraine for losses that the country had sustained during World War II. The politician was obviously inspired by German President Joachim Gauck’s comments on Saturday that Berlin may consider compensation to Greece for damages caused by Nazi occupation.

The notorious Kiev politician, Oleh Lyashko, who is well-known for his controversial comments, said in a Facebook post that Germany "poorly realizes its great historic guilt" in regard to Ukraine as "one of the European nations that had suffered most from Nazis."

Interestingly, the Radical Party leader's views hardly differ from those who he blames for Ukraine's suffering during the Second World War. Earlier this week, Lyashko mocked a photo of Elizabeth II saying that the Queen is "an aggressive, cynical Bandera follower, a punisher granny, a loyal adherent of the Kiev junta. Her secret of youth is that she drinks fresh blood of DPR and LPR babies every morning." The scandalous politician also hailed the murder of Ukrainian opposition journalist Oles Buzina.

© AP Photo / Markus Schreiber
Visit to Moscow to Honor Memory of WWII Victims Important Despite Tensions With Russia - Merkel
Lyashko believes that German Chancellor Angela Merkel should honor the memory of millions who had died because of Germany by visiting not Moscow, but Kiev and Minsk on May 10.

On Saturday, Angela Merkel said that her upcoming visit to Moscow on May 10 to honor the memory of millions of people who had been killed during World War II is very important despite existing disagreements between Berlin and Moscow.

The Soviet Union, whose resistance to the Nazis reversed the course of WWII, lost about 27 million people.

In April, the Ukrainian parliament passed a bill recognizing notorious ultranationalist groups, including those active in Ukraine during and after World War II, as fighters for the country's independence in the 20th century.