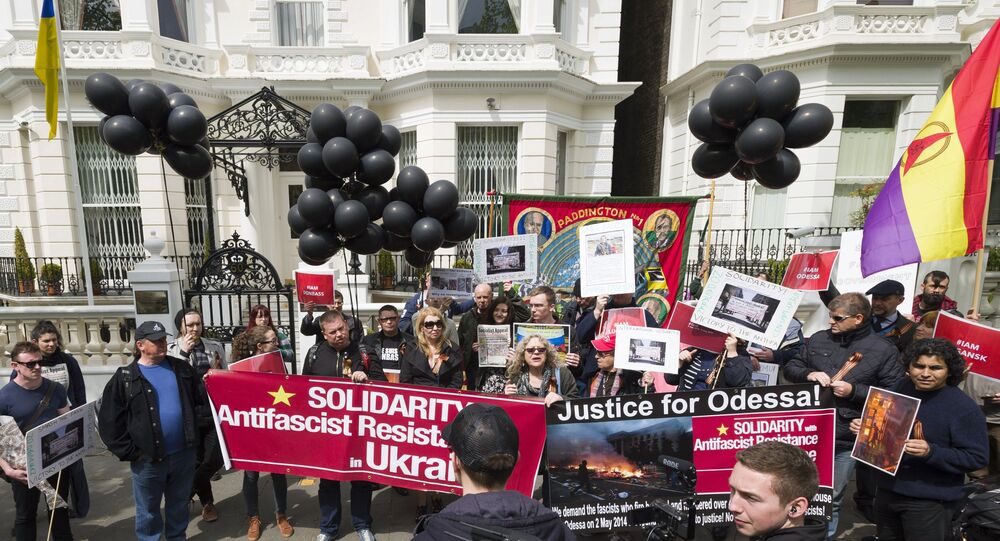 A year has already passed since pro-Kiev radicals blocked in anti-government protesters in Odessa's House of Trade Unions and set the building on fire by hurling Molotov cocktails inside on May 2, 2014. The tragic incident saw at least 48 people killed and over 200 injured.

Germany should have been the first country to condemn the Odessa massacre, however, Berlin turned a blind eye to the tragedy, the head of the International Committee from Russia's lower house of parliament, Alexei Pushkov, said via his Twitter account.

"As a country that has itself recognized the crimes of its own Nazis, Germany should have been the first [country] to condemn the Odessa massacre. But no — it decided to turn a blind eye."

"Poroshenko and Co will fail to hush up the Odessa slaughter. Everybody knows who the culprit is. People in Italy, Germany, Greece know about it. Memory cannot be killed," he said.

On Saturday, events commemorating the victims of the Odessa massacre were held in Russia, Ukraine and several European cities, including London, Madrid, Athens, Rome, Berlin and Brussels.