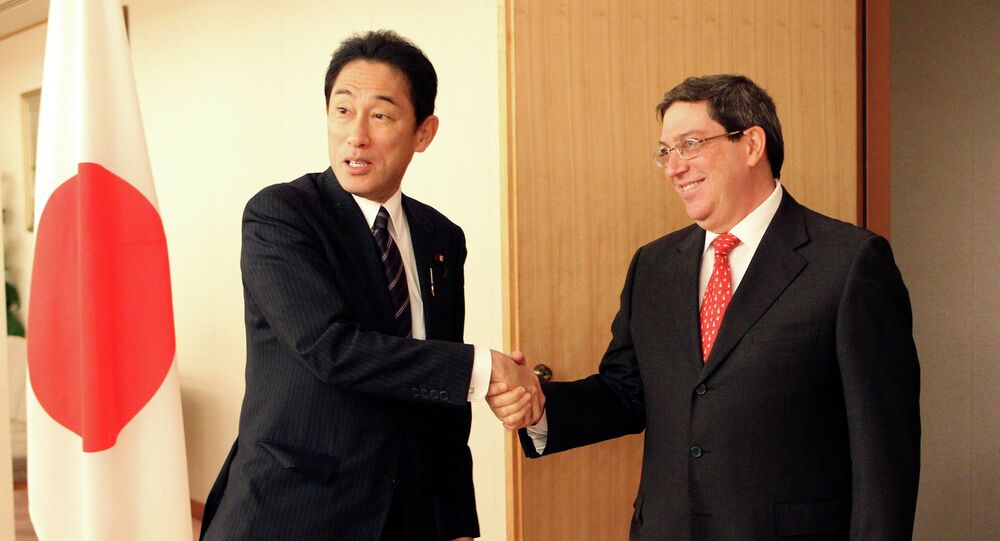 Japan seeks to launch what the country's Foreign Minister Fumio Kishida referred to as a "new scheme of Japanese cooperation of wide range, large scale" with Cuba to support Raul Castro's reforms at a time of a thaw in the relations between Washington and Havana.

Kishida outlined the plan, otherwise known as "non-reimbursable financial assistance," during his three-day visit to the island, a first for a Japanese foreign minister. Accompanied by approximately 30 Japanese company executives, Kishida is tasked with strengthening economic ties, boosting investment and deepening cooperation with Havana in a number of areas.

#Japan foreign minister in #Cuba: "We would like to start grant aid in earnest," http://t.co/cikASLTE7M

Cuban Foreign Minister Bruno Rodriguez spoke of promoting "multifaceted cooperation" with Japan during a meeting with Kishida, adding that Havana is interested in strengthening trade, investment and scientific cooperation with Tokyo.

Japan's Foreign Minister came to Havana following a visit to the United States. He welcomed recent developments in the relations between the US and Cuba during a meeting with State Secretary John Kerry, adding that Japan wants to support the effort.

© AFP 2021 / KENA BETANCUR
Japan's Foreign Minister Begins Historic Visit to Cuba
Tokyo is primarily interested in the US lifting the embargo it imposed on Cuba in 1962. The restrictions make it hard for the Japanese companies to conduct business with the island.

Japan's diplomatic relations with Cuba were established in 1929. Bilateral trade between Japan and Cuba amounts to $52 million. Tokyo mainly imports tobacco, coffee and fish from Cuba, exporting machinery to the island.