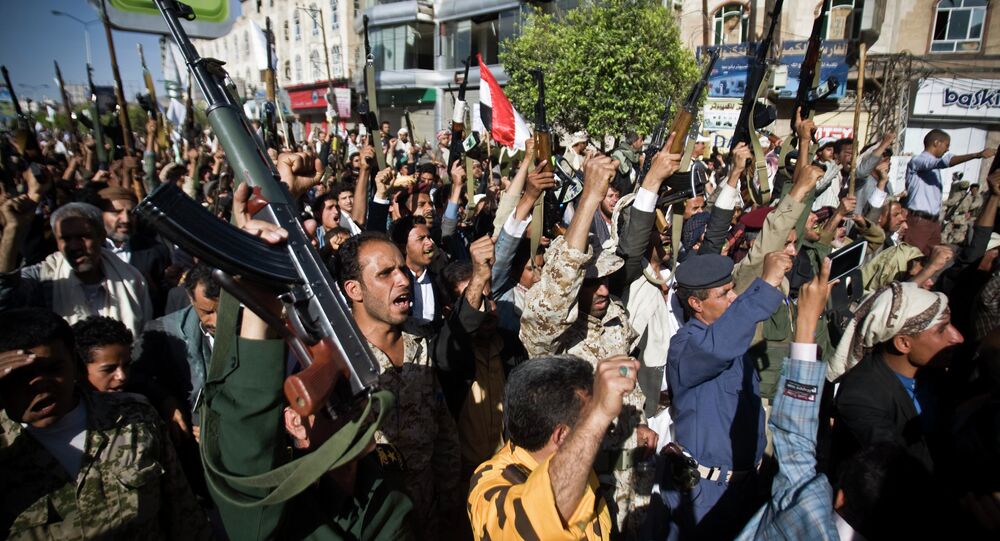 US Assistant to the President for Homeland Security and Counterterrorism Lisa Monaco underlined the importance of all-party political dialogue in Yemen under UN auspices.

WASHINGTON (Sputnik) — US Assistant to the President for Homeland Security and Counterterrorism Lisa Monaco stressed the importance of all-party negotiations for reconciliation of Yemen conflict, at a meeting with incoming UN Special Envoy for Yemen Ismail Ould Cheikh Ahmed, the White House National Security Council spokeswoman said in a statement Sunday.

The political dialogue in Yemen is required to unify all parties countering al-Qaeda, a common threat in the Arabian Peninsula, the statement said.

"Ms. Monaco underscored the importance the United States places on rapidly shifting from the military conflict in Yemen to all-party negotiations under UN auspices, and offered strong US support for Mr. Ould Cheikh Ahmed's efforts," the statement read.

The officials also talked about severe humanitarian crisis in Yemen, the lack of such necessities as food and medicines, according to the statement.

More than 1,200 people have died and over 5,000 have been injured in Yemen since the escalation of the armed conflict in the country in late March, according to the latest World Health Organization data.