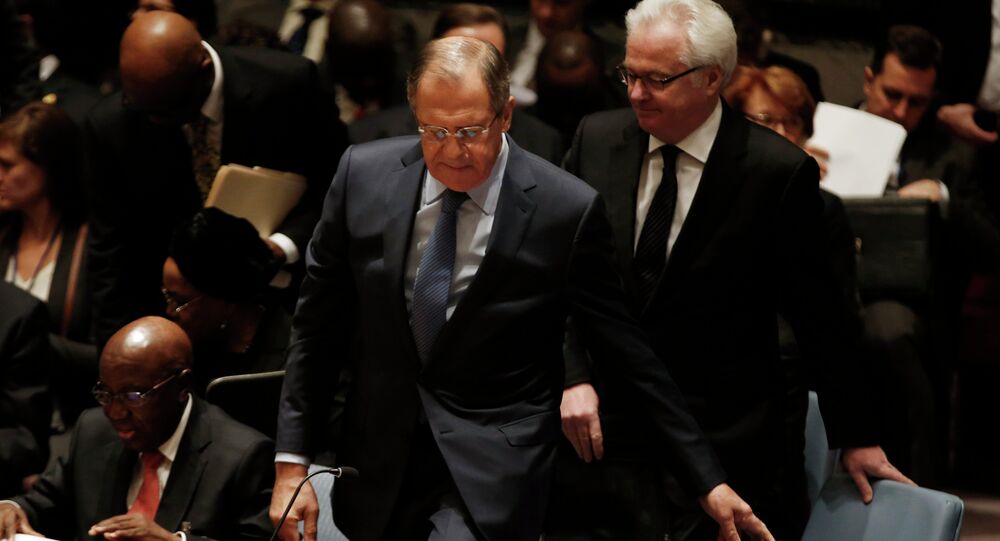 Failure to reach agreement on a statement after the closed-door UN Security Council meeting on humanitarian situation in crisis-hit Yemen convened by Russia shows indecision and lack of understanding on the extent of problems in Yemen.

UNITED NATIONS, May 1 (Sputnik) — After the meeting, Churkin expressed concern that humanitarian problems in Yemen are being ignored.

© Sputnik . Mohammed Alaeddin
UN Calls for Immediate Resumption of Fuel, Aid Supplies to Yemen
“I am pretty sure we will not have any statement today," Russia's envoy to the United Nations Vitaly Churkin told reporters Friday after the meeting.

“This really shows an amazing indecision and I think lack of understanding of how things are evolving,” he added.

The statement proposed by Russia focused on the humanitarian crisis in Yemen and the need for renewal of a political dialogue between the warring sides in the country.

Churkin added also that the UN Security Council's previous resolution on Yemen 2216 did not authorize airstrikes by the Saudi Arabia-led Coalition.

© AP Photo / Saudi Press Agency
Cash is King: Saudi Arabia Spending Foreign Reserves at Record Speed
“It is very clear from resolution 2216 that it did not authorize the use of military force. Some colleagues were saying that the Saudi led coalition is trying to make sure that resolution 2216 is implemented. This is not the case. Their action is completely outside the resolution,” Churkin told reporters.

The Russian envoy encouraged the UN to act quickly in order to put an end to the crisis in Yemen.

Yemen has been in a state of turmoil since early 2015 when Houthi rebels took control over large parts of the country, including the capital Sanaa, prompting President Abd Rabbuh Mansur Hadi to flee the country.

According to the WHO, more than 1,200 people have been killed and over 5,000 have been injured in Yemen since the Saudi-led coalition launched airstrikes on the country.