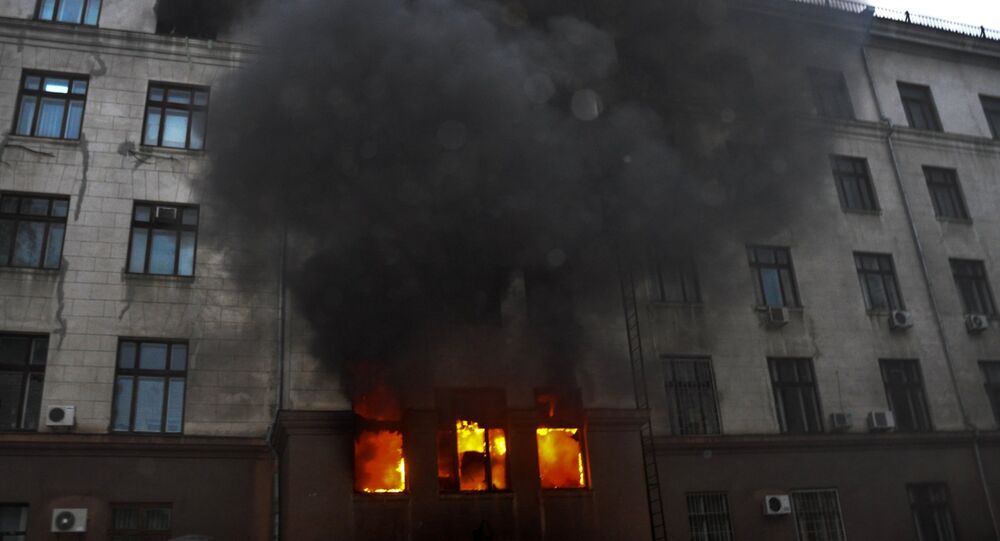 Washington is calling on Ukrainian authorities to thoroughly and swiftly investigate the tragedy of May 2 in Odessa on the eve of its anniversary, US State Department Spokesperson Marie Harf told journalists.

WASHINGTON (Sputnik) — On May 2, 2014 clashes in Odessa broke out between independence supporters of eastern Ukraine and fans of the Odessa and Kharkiv football teams, later joined by Euromaidan activists.

Pro-Kiev radicals joined by Right Sector militia blocked the anti-government protesters in the House of Trade Unions and set the building on fire with Molotov cocktails. Those trapped inside had little chance of extinguishing the blaze, as fire hoses in the building were out of order.

At least 48 people died, and over 200 were injured. Local officials accused Kiev of covering up the actual death toll of at least 116.

“We reiterate the need for a thorough and transparent investigation so those responsible can ultimately be held accountable. We continue to urge the Ukrainian government to investigate and bring charges against those culpable for the events in Odessa and to do so as quickly as possible,” Harf said on Thursday.

UK Media 'Underreport' Russian Side in Coverage of Ukraine Conflict

The Cost of a 'Bright Future' in a Primitive Cave