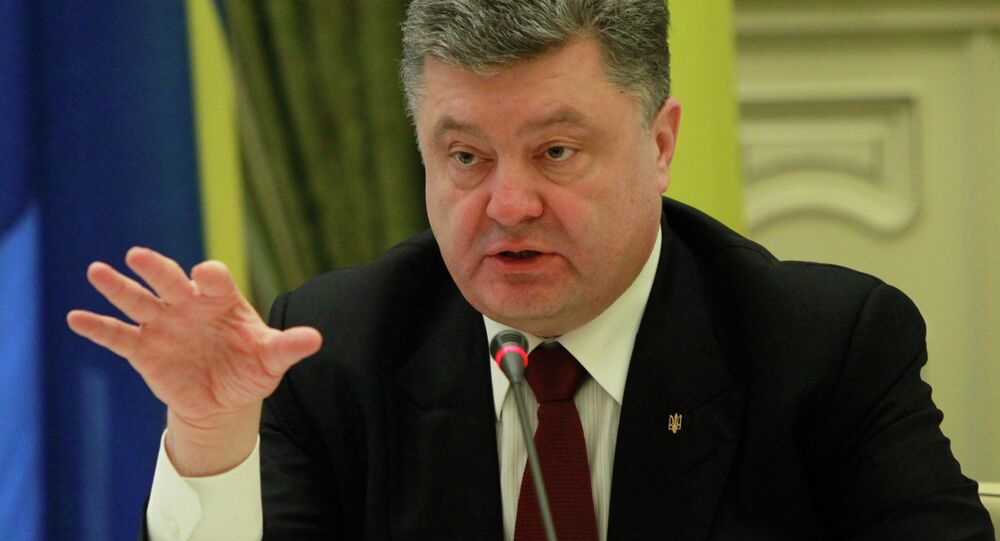 Ukrainian President Petro Poroshenko said that the military operation in Ukraine would be stopped when Kiev regained control of Crimea and Donbas territories.

KIEV (Sputnik) — The ongoing armed conflict in Ukraine will end only after the return of Crimea and Donbass regions under control of the Kiev authorities, President Petro Poroshenko said Thursday.

The war will end when Ukraine will regain Donbass and Crimea. #КримЦеУкраїна

"The war will end when Ukraine regains Donbass and Crimea," Poroshenko said in an interview with Ukraine's STB television channel.

The Ukrainian president added that combat operations in the conflict zone would be carried out "for as long as it is necessary."

Crimea seceded from Ukraine and reunified with Russia in March 2014 following a referendum, in which more than 96 percent of the peninsula's population voted to rejoin Russia.

A month later, Kiev launched a military operation in Ukraine's eastern regions against local independence supporters who refused to recognize the new government that came to power after a February coup. 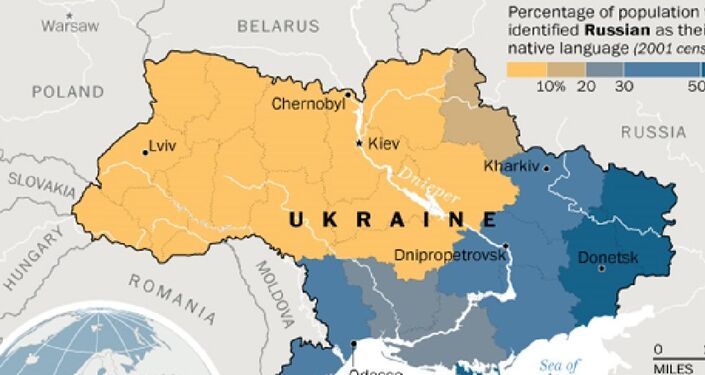 The military operation launched by Kiev, has claimed more than 6,000 lives, according to the United Nations.

"The war will be over when Ukraine brings #Donbas back," claims Poroshenko. pic.twitter.com/fD2pbQqwIS

According to the recent comments of the former UN Secretary-General Kofi Annan, if all the measures stipulated by the Minsk deal are not implemented as soon as possible and in full measure, the situation in southeastern Ukraine "could get out of hand."

The best scenario for Ukraine - to stop the war and turn the Donbass peacefully. #UnitedForUkraine pic.twitter.com/lXSs1BAi7D