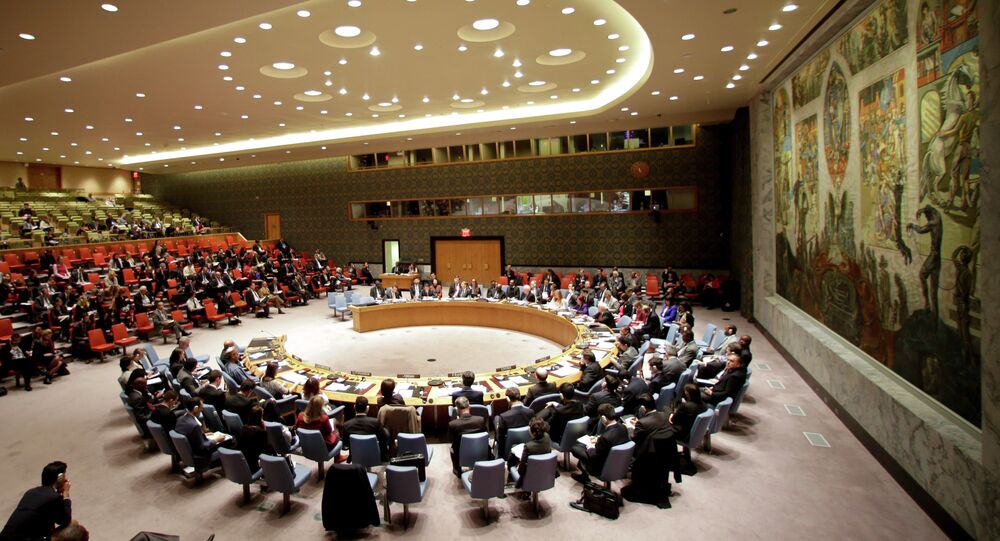 "Let's assume as new members you had India, Indonesia, Nigeria, Brazil, South Africa…Egypt at the table. For a country, one country, to veto and ignore the whole world with all that group of people representing large populations around the table would be much more difficult, than it is today, because they would understand that they are taking on the rest of the world, not only in abstract," Annan explained.

On Monday, Russian Foreign Minister Sergei Lavrov said in an interview with the Rossiya 24 TV channel that the UN Security Council was due for "careful" expansion, so as not to upset the balance of fair representation of all world regions, as well as the council's ability to function promptly and efficiently.

© AFP 2020 / RIA NOVOSTI / MIKHAIL KLIMENTYEV
Putin Remembers Family’s WWII Past in an ‘Intimate’ Op-Ed
According to Lavrov, developing countries, such as India, Brazil and African nations, are currently underrepresented in the UN Security Council.

The United Nations Security Council was established in 1946 to maintain international peace and security. Its powers include the establishment of peacekeeping operations, international sanctions and the authorization of military actions.