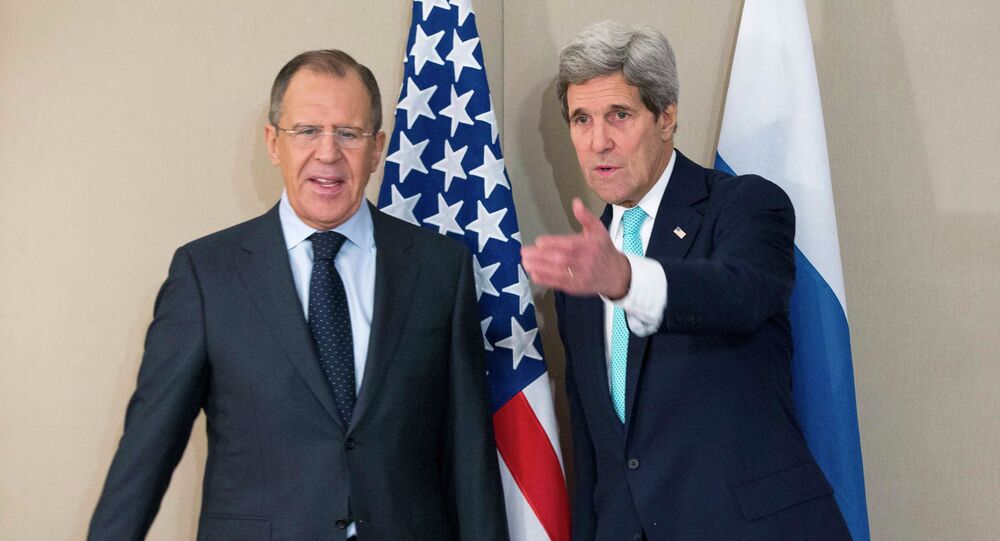 Russian Foreign Minister Sergei Lavrov and US Secretary of State John Kerry discussed Wednesday in a phone call the progress in Ukraine reconciliation talks and urged a prompt launch of the sub-groups in the framework of the Contact Group on Ukraine.

MOSCOW (Sputnik) — According to the press release, Lavrov reiterated the urgency of establishing direct dialogue between Kiev authorities and the self-proclaimed Donetsk and Luhansk people's republics in eastern Ukraine focusing on implementation of the Minsk agreements reached on February 12.

© AP Photo / Sergei Grit
Contact Group on Ukraine Makes Progress on Sub-Groups - DPR’s Envoy
"The Ukrainian crisis was the focus of the agenda [in the call]," the Foreign Ministry said in press release.

"The ministers expressed support of setting up the four working sub-groups of the Contact Group and urged the launch of their activities as soon as possible," the ministry said.

Lavrov and Kerry also deliberated over the schedule of further bilateral meetings in light of strained relations between Russia and the West stemming from split opinions on the causes of the Ukrainian conflict.

Earlier on Wednesday, DPR envoy to the Contact Group talks, Denis Pushilin, praised the progress made on the launch of the sub-groups, adding, however, that consensus was not found on some issues.

The Contact Group on Ukraine comprises representatives from Kiev, DPR, LPR, Moscow and the Organization for Security and Co-operation in Europe (OSCE), which has been tasked with monitoring the situation in southeastern Ukraine, where Kiev launched a military operation against local independence supporters in April, 2014.