Russia's Foreign Ministry is outraged that Poland exposed Russian bikers traveling across Europe to a lengthy examination before turning them back at the border, it announced in a statement on Monday.

MOSCOW (Sputnik) – The Night Wolves group planned to cross Poland on their way to Berlin as part of the ride celebrating the 70th anniversary of the Soviet victory over the Nazi Germany. 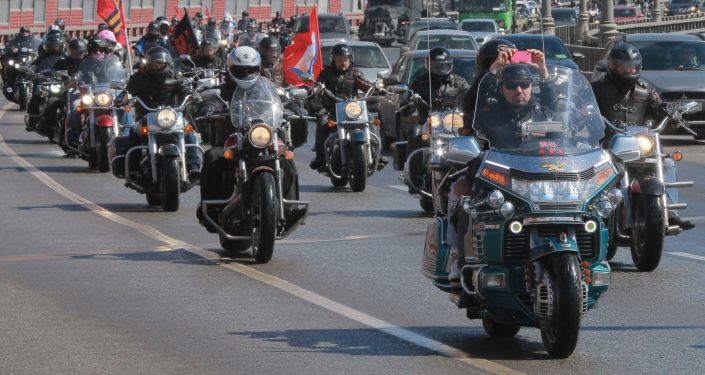 © Sputnik / Vitaliy Belousov
Denying Russian Bikers Entry Not Opinion of Poles – Polish Politician
“All participants of the motocross had valid Schengen visas. It is outraging that before refusing the entry, Polish authorities subjected them to hours-long examination and lengthy interrogation,” the ministry said in a statement.

The ministry added that Poland deliberately reinforced the border crossing with extra military personnel, as if it wanted to give an impression that “a small group of Russians heading to Europe with most honorable goals are threatening Poland.”

On Friday, Polish Foreign Ministry officially notified Moscow that it would ban the entry of Russian bikers to its territory, citing a lack of data on the planned activities of the bikers, their exact movement routes, as well as location of night rest stops. Germany also announced it had canceled visas for some of the club’s members.

Moscow has maintained that Warsaw's and Berlin's decisions to refuse entry to the Russian bikers are politically motivated.