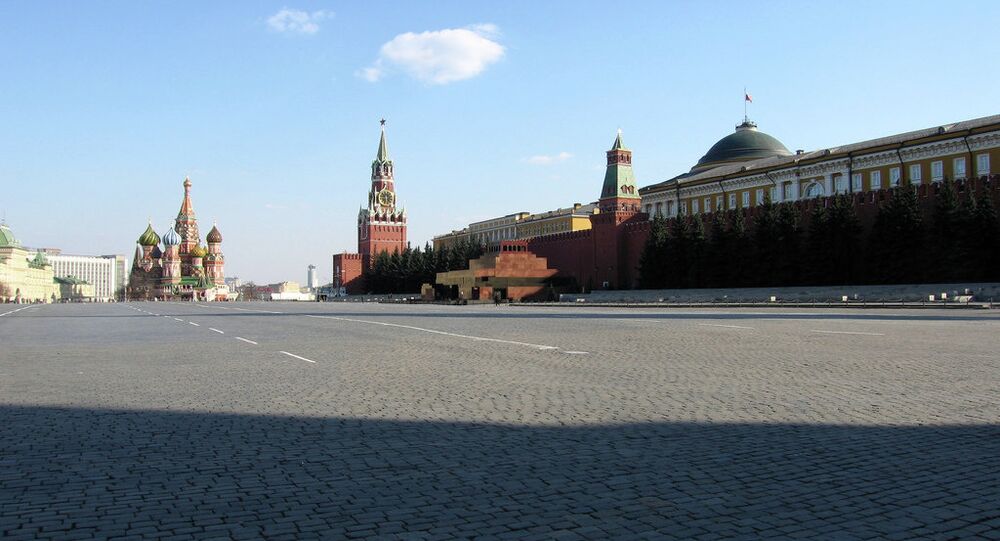 Not a single modern global security threat can be dealt effectively without Russia's cooperation, Stephen F. Cohen stressed, adding that Ukraine has already cost America in terms of its national security.

The US and Canada's national security still runs through Moscow, underscored Stephen F. Cohen, a prominent American historian and professor of Russian studies at Princeton University and New York University, at the Munk Debates held in Toronto on April 10, 2015.

The world today is much more dangerous and less orderly than it was 25 years ago when the USSR existed, the professor noted.

© REUTERS / Grigory Dukor
Kiev Tries to Hammer Another Nail Into Coffin of Minsk Accord
According to Professor Cohen, not one of these "existential dangers" can be confronted effectively without Russia's cooperation.

The idea to isolate, weaken and destabilize Russia or carry out a regime change in Moscow is doomed, the expert underscored.

"It is impossible to isolate Russia. Russia is too big, too rich, too interconnected in today's world. Russia has many options apart from the West and in the West," Professor Cohen pointed out.

The professor pointed to the fact that regardless of the current anti-Russia media campaign, Russia still has partners, sympathizers and allies around the world, even in the Western Hemisphere.

© Flickr / Herve Boinay
Partnership With Russia Vital for US National Security – Stephen Cohen
He highlighted that by isolating Russia the West will not make it more cooperative: instead it will prompt Moscow to turn elsewhere. And the Kremlin has already turned to Beijing, the expert noted.

"A weakened and destabilized Russia will make every danger I have listed worse and create new ones," he warned.

The US stance on Russia over the ongoing Ukrainian crisis has already cost Washington in terms of its national security. Washington has lost a security partner in the Kremlin: "not just [Vladimir] Putin" but perhaps many of his future successors.

Meanwhile, a geopolitical confrontation over Ukraine is turning Europe against American leadership, the professor stressed, warning that it might possibly also undermine the Transatlantic alliance.

"Having plunged us into a new Cold war it is bringing us closer to an actual war with nuclear Russia," Stephen F. Cohen concluded.

Obama's Successor Unlikely to Soften US Stance on Russia

'Someone Was Expecting Collapse of Russian Economy' – Putin

EU Tries to Regain Moscow's Trust Despite US Displeasure