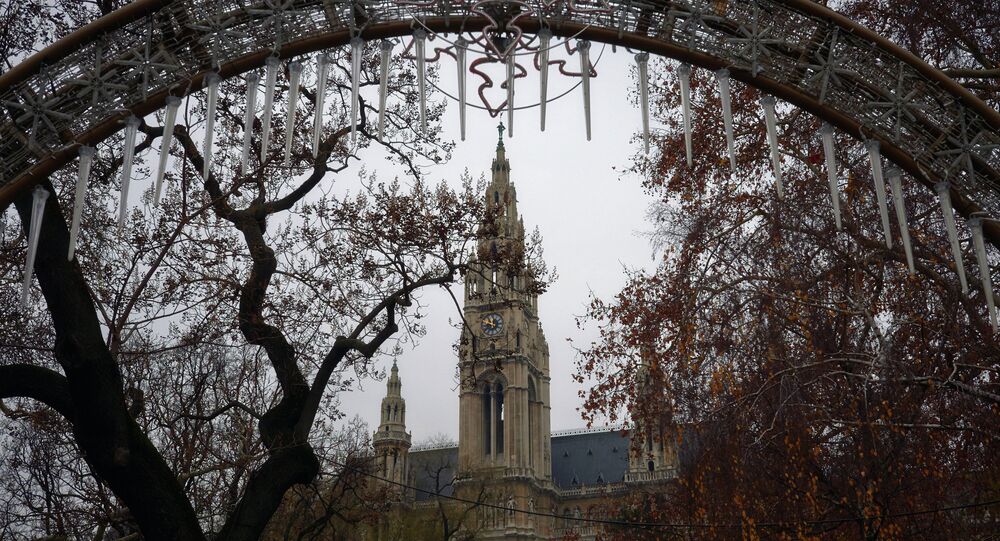 Out of the 8.7 million Soviet soldiers who lost their lives in World War II at least 18,000 were killed during the April 1945 Vienna Offensive as Nazi forces were driven out of the Austrian capital.

© AFP 2020 / Saul LOEB
US Advises World Leaders Not to Attend V-Day Parade in Moscow – DoS
VIENNA (Sputnik) — The role of the Soviet Union in the defeat of the Nazi Germany in World War II must be recognized, Austrian President Heinz Fischer said Monday.

"The huge human and material losses suffered by the Allies, especially the Soviet Union, to fight Adolf Hitler and, in particular, to liberate Vienna are beyond doubt and are worth to be recognized," Fischer said at a ceremony marking the 70th anniversary of the establishment of the Second Republic of Austria.

The Austrian president plans to lay a wreath at the tomb of Soviet soldiers at Vienna's Central Cemetery to mark the Victory in Europe Day on May 8.

"The fact that this official and solemn occasion will take place in Vienna and not as part of the military parade in Moscow, does not limit our gratitude, our message and its symbolic nature."

Earlier this month, the Austrian president said that he would not attend the Victory Day celebrations in Moscow, as well as some other European leaders who had declined invitations to visit the Russian capital on May 9.

Nazarbayev Confirms Visit to Moscow for Victory Parade May 9