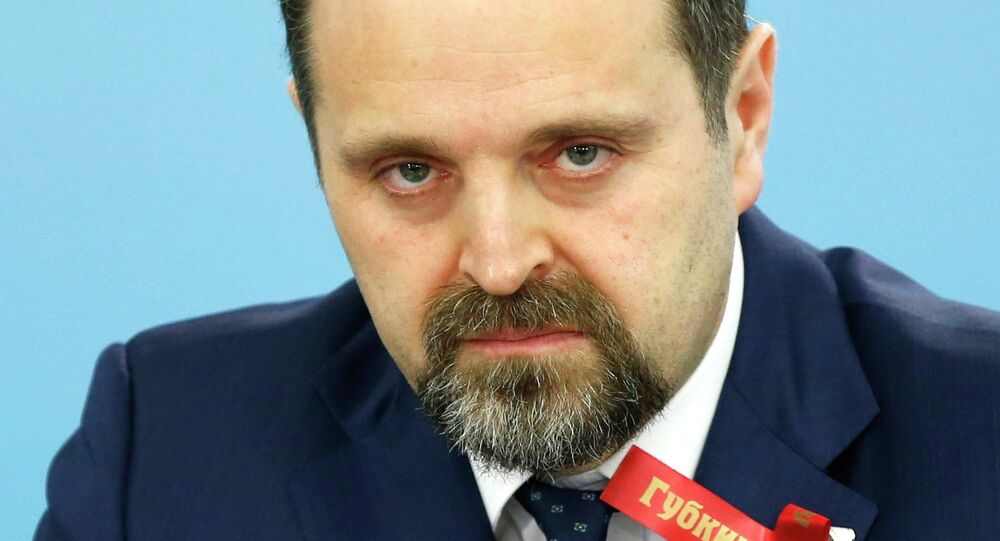 “We are sorry that Canadian chairmanship used consensus forum which the Arctic Council is, to promote its home policy agenda in the context of events in Ukraine. It creates obstacles for the promotion of international cooperation in the Arctic” Donskoy said.

© REUTERS / Chris Wattie
Arctic Military Activities to Remain Outside Arctic Council Agenda - Kerry
All the participants of the Ministerial Meeting of the Arctic Council noted that politicization of the meeting is inadmissible, the head of Russian delegation stressed.

“Russia proceeds from the fact that the Arctic is territory of dialogue, not a platform for political quarrels and settling scores,” Donskoy added.

Earlier at the conference, chair of the Arctic Council Leona Aglukkaq of Canada said that she expressed concern over “Russian actions in Ukraine” at a meeting with Donskoy in Iqaluit where the ministerial talks on the Arctic take place.

The Arctic Council is an intergovernmental forum that addresses problems faced by the Arctic countries' governments. The forum comprises the eight Arctic nations and twelve observer states.

The United States and its allies, including Canada have been long accusing Russia of interfering in Ukrainian crisis. Moscow has repeatedly denied all the allegation, stating that Russia is not a party in the conflict.