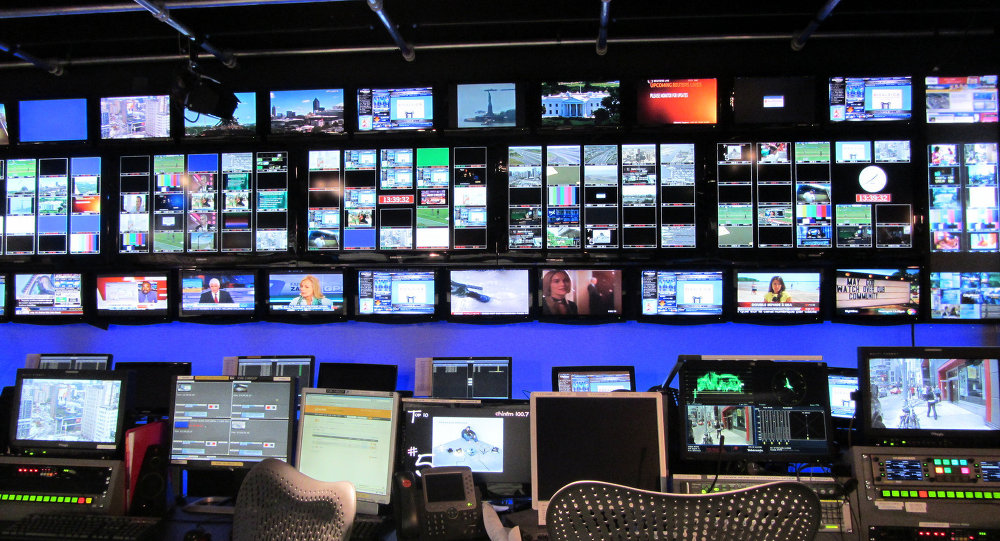 An exchange between the Chairman of the Broadcasting Board of Governors (BBG) and a Sony exec revealed the controversial government broadcaster's political leanings. We look at the BBG's goals and possible propaganda techniques against US audiences.

The recent Sony email leaks show that other than getting involved with the US State Department to discuss "anti-Russian messaging," Sony and BBG executives discussed political allegiances in foreign broadcasting.

Since March, a narrative has spread from the BBG outfit RFE/RL that the Russian government is funding an Internet-based influence operation. The story itself was not new, reported in the Russian media as far back as 2012 and in outlets such as Forbes, Buzzfeed and the Atlantic in 2014.

© Flickr / Wikileaks Mobile Informat
WikiLeaks Release: US Recruits Hollywood to Boost 'Anti-Russian Messaging'
On April 16, less than three weeks after RFE/RL article, a US Congressional hearing addressed the allegations, together with the idea that Russia-based television network RT is being used as a propaganda tool.

Unlike the BBG's outlets, RT operates as a media outlet according to local laws of the country where it is broadcast. RT has also successfully challenged accusations of unbalanced coverage in Europe, where media regulations are more strict than in the US.

In 2012, US President Barack Obama signed into law the 2013 National Defense Authorization Act (NDAA) which among other things allowed US government broadcasters to propagate their information domestically by revising the Smith-Mundth Act.

"There are no checks and balances. No one knows if the information is accurate, partially accurate, or entirely false," a Pentagon official told Buzzfeed in 2012.

At the April 15 House hearing on "Militarization of Information," Helle Dale, a fellow at the Heritage Foundation, said that the BBG plans beginning "broadcasting aimed at Russian audiences in the United States, something that it now allowed under the revised Smith-Mundt Act."

Russians living in the United States possess varying levels of proficiency in their language, which could open the door for English-language political broadcasting by the government, aimed at local audiences. 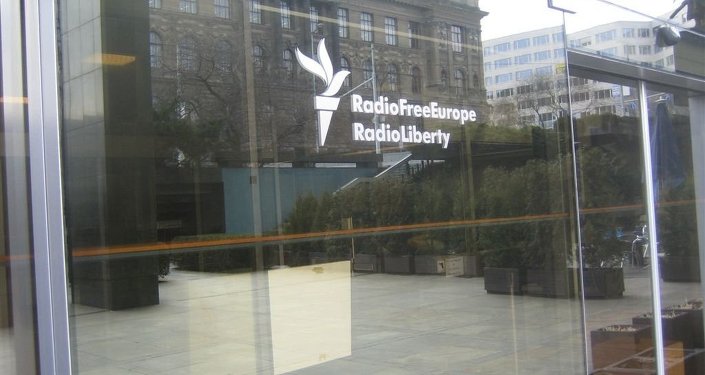 © Flickr / Hossein Derakhshan
US-Funded Radio Free Europe Silent on Effort to Tackle ‘Russian Propaganda’
Instead of addressing specific examples of "propaganda" in RT, the State Department, as well as NATO have instead called statements by Russian officials, including President Vladimir Putin "propaganda" and distributed misleading "fact sheets" to journalists.

This shows that RT may not be seen as a real threat and instead is simply used as an excuse to allow more internal broadcasting of BBG programming inside the US.

How Does the BBG Work?

"Public diplomacy" outlets such as the US government-funded RFE/RL tread a finer line between information and propaganda than the military. They are funded with the goal of fulfilling a role in the government's foreign policy but have to compete in that country's public debate to be successful.

© Sputnik / Ilya Pitalev
Are You Scared Now? Congress Declares US Losing Media War With Russia
For example, the RFE/RL website quotes a Russian official's view on the participation of third parties in the Ukrainian conflict. However, the article then adds "It was unclear why Peskov used the term 'third countries,' since Moscow has consistently described the Ukraine conflict as a civil war and insisted all along that it is not a party to the Ukrainian conflict despite Kyiv and Western governments accusing it of active involvement."

This is a twisting of words because "third country" in this context simply means a "third party," any country which is not Ukraine, including Russia. However, RFE/RL editorial guidelines allow this sort of comment, which would be considered misleading and unethical in other media outlets.

The BBG has apparently not set any guidelines for programming aimed at domestic audiences and would still retain the same standards and practices.

The best way to show what propaganda looks like is to go to any country's military website and read any article explaining policy. While information outlets seek to inform an audience with an editorial point of view up for debate, military outlets by definition propagate subordination mandated by the military code.

Where a news website would explain the crimes and human rights violations Saddam Hussein was judged responsible for, a military article simply calls him "Saddam Hussein, the brutal dictator of Iraq." This is not because the author had no evidence, but because there is no debate likely to happen on the topic among personnel.

The "factsheet" in part addressed Russia's representative at NATO, who said that organization is preparing non-nuclear countries to use nuclear weapons, which does not imply that NATO is moving nuclear weapons anywhere. NATO's "fact sheet" replied "This is untrue. At no point have we moved nuclear weapons to Eastern Europe."

Although the BBG does not widely use these propaganda techniques, they are frequently seen in the US State Department's Twitter accounts.