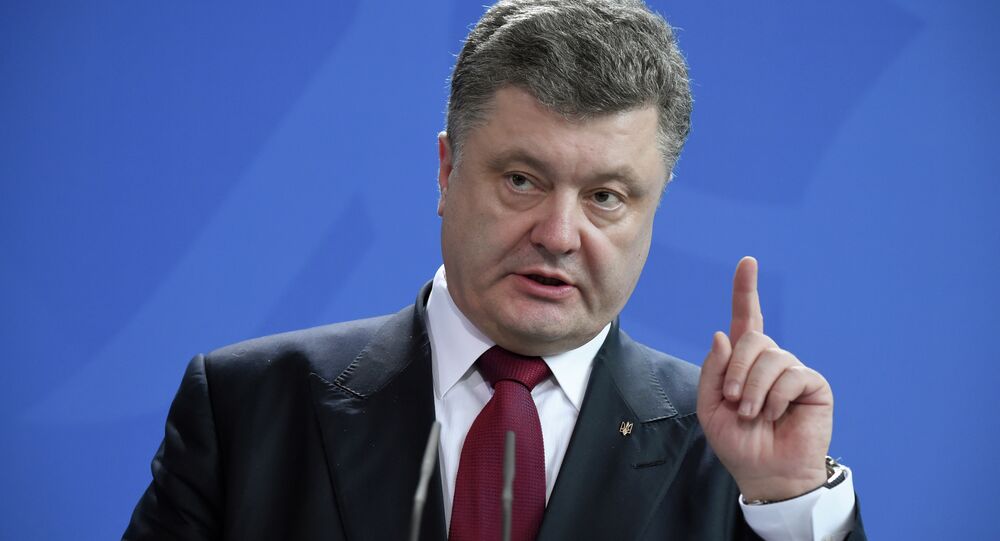 Ukrainian President Petro Poroshenko and UN Secretary-General Ban Ki-moon agreed on steps in case of a possible deployment of a peacekeeping mission in the Donbas region, Poroshenko’s press service said on Tuesday.

MOSCOW (Sputnik) – UN chief and the Ukrainian leader discussed in a telephone call the implementation of the Minsk peace agreements as well as international efforts to achieve reconciliation in the conflict-hit southeastern region.

© AFP 2020 / SERGEI SUPINSKY
US to Provide Additional $17.7 Mln in Humanitarian Aid to Ukraine
“The head of state and UN Secretary-General also agreed on further steps for a possible deployment of a peacekeeping mission in the Donbas region under the UN aegis,” the statement posted on the president’s official website said.

Poroshenko has long called for deployment of a peacekeeping mission in Ukraine. In March, the Ukrainian parliament approved Poroshenko's proposal to appeal to the UN Security Council and the Council of the European Union for an international operation to maintain peace and security in Ukraine after the ceasefire between Kiev and local militia came into force on February 15.

Russia has repeatedly questioned the need to send international peacekeepers to the embattled region, as the Organization for Security and Co-operation in Europe (OSCE) is charged with monitoring the fulfilment of the Minsk deal hammered out in mid-February.