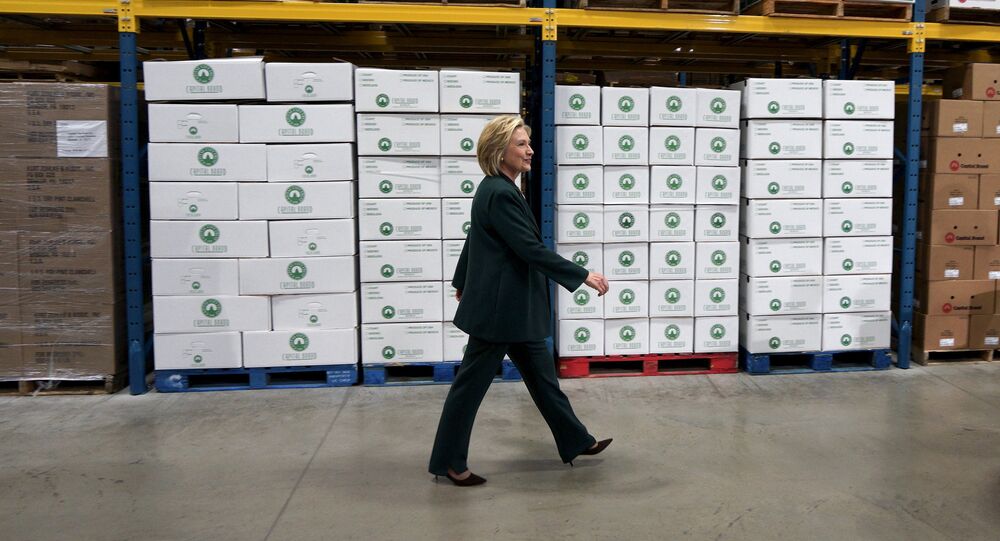 A new book investigating foreign donations to the Clinton Foundation, allegedly in exchange for beneficial US foreign policies, is expected to hit the shelves in early May, the New York Times reported.

© AP Photo /
Foreign Donations Unlikely to Affect Clinton’s Campaign - Experts
MOSCOW (Sputnik) – The daily said it had been given a copy of the new book investigating foreign donations to the Clinton Foundation prior to its release between May 5 and 7. It is set to coincide with a major fundraising event in Morocco to be hosted by her husband, former US President Bill Clinton and their daughter Chelsea.

The 186-page book is titled "Clinton Cash: The Untold Story of How and Why Foreign Governments and Businesses Helped Make Bill and Hillary Rich." It focuses on the history of foreign cash inflows to the Clintons' nonprofit, the Clinton Foundation, when Hillary ran the US Department of State in 2009-2013.

The New York Times cited the book's author, Peter Schweizer, as saying he had traced a pattern of donations from foreign governments and individuals that "occurred contemporaneous" with US foreign policy decisions benefiting those donors.

Schweizer estimates that the Foundation accumulated some $136.5 million during the 11 years of Hillary's public service, first as a senator and then as the top US diplomat. In 2011, Bill Clinton earned $13.3 million in speaking fees, the author added.

This comes 19 months before the 2016 US presidential election. Hillary stepped down from the Foundation's board after announcing her bid for the Democratic nomination earlier this month.

Controversy around the Clintons has been building steam since 2014, when US tabloid writer Edward Klein launched an assault on their reputation in a book entitled "Blood Feud," which tells the story of an alleged standoff between the Clinton and Obama clans.