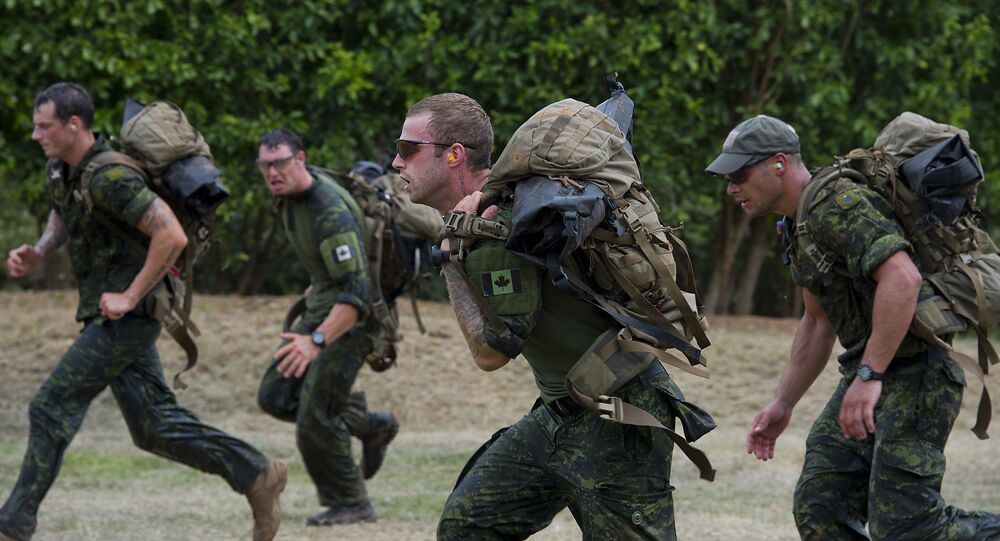 Canadian Journalist Calls on PM Harper to 'Get Out of Ukraine'

In a piece published Sunday in Canada's La Presse, renowned journalist Lysiane Gagnon argued that Canada has no business in sending troops to assist Kiev's military machine, noting that it's time for the Harper government to "get out of Ukraine."

© Sputnik / Alexandr Maksimenko
Canadian Instructors May End Up Training Neo-Nazis in Ukraine – Media
The piece, entitled 'The Ukraine Obsession', was a response to reports from last week that Canada would be sending up to 200 personnel to train the Ukrainian military.

Asking where "the Harper government's Ukraine obsession will stop," Gagnon slammed the prime minister for his decision to send troops to a conflict zone which is already being held together by a fragile truce. The journalist questions what Canada is even doing in the heart of Europe, entangling itself "in a conflict where it has no national interest," which, "if things are done in a cavalier way, could engulf Europe [in war]?"

Gagnon points out that "the presence of 200 Canadian troops more than a thousand kilometers from the combat zone will not change anything militarily," but will serve only to provoke Moscow. The journalist argues that Canada's involvement in the conflict "will only add more fuel to the fire," and make Canada out to look even more aggressive than the US, France or Germany, with Stephen Harper finding himself "on the same wavelength as US Republicans –proponents of forceful intervention in Ukraine."

© Photo : Youtube/Kowch737
Canada Grants Kiev Access to Sophisticated Satellite Imagery
Ultimately, the journalist argues that the Canadian Prime Minister is attempting to woo Canada's Ukrainian diaspora ahead of this October's parliamentary elections, aiming "to accommodate an electorate eager for a fight with Russia."

Gagnon believes that while "electioneering is a normal phenomenon in politics…Harper's Ukraine obsession is a bit of a dangerous game." Echoing Harper's commentary to Vladimir Putin at a G20 Summit late last year that Russia should "get out of Ukraine," Gagnon notes that now it is Canadians' turn to stand up and tell the prime minister: "Get out of Ukraine, Mr. Harper!"