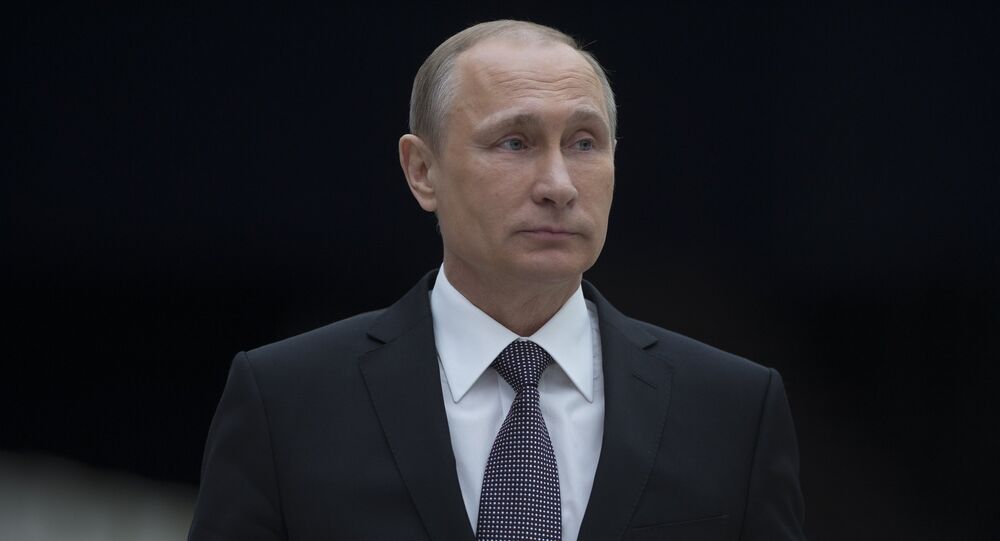 Russian President Vladimir Putin said in the documentary dedicated to the 15th anniversary of Putin's presidency that West loves Russia only when the country needs humanitarian aid.

MOSCOW (Sputnik) — There is a feeling that the West only favors Russia when the country is weak and needs humanitarian aid, Russian President Vladimir Putin said in a made-for-TV film to be broadcast on Sunday.

"Sometimes I get the impression that they love us when we need humanitarian aid to be sent to us. In this case all is fine, in this case they send us potatoes," Putin said.

The documentary entitled "President" and hosted by Russian journalist Vladimir Solovyov is dedicated to the 15th anniversary of Putin's presidency. Solovyov said that the documentary is based on an interview with President Putin that lasted one hour and 52 minutes.

© Sputnik / Mikhail Klimentiev
Question Marathon: President Putin Holds Annual Q&A Session
"The world has decided that Russia is ceasing its existence in its present form. The only question that remained was when it would happen and what consequences there would be," Putin added.

Russia Will Work With Any Elected US President - Putin

Russia Reliable Partner, Does Not Dance After Somebody's Pipe - Putin