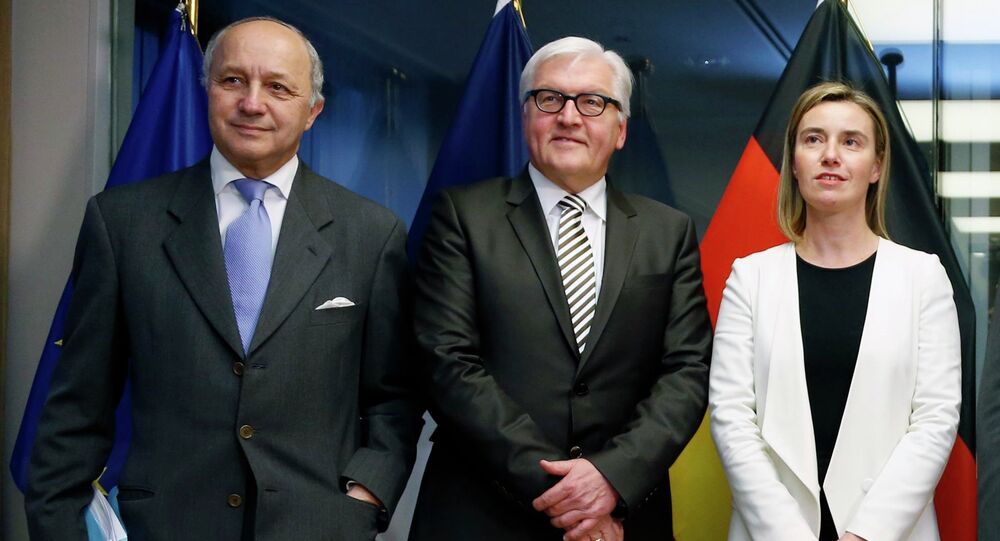 EU countries' foreign ministers will meet in Luxembourg on Monday to discuss the situations in Libya and Yemen, EU relations with Latin America and the Caribbean.

LUXEMBOURG (Sputnik) — EU countries' foreign ministers will discuss in Luxembourg on Monday the proposals for maintaining security in Libya and the course of nuclear talks with Iran, as well as meet with their counterparts from the Eastern Partnership (EaP), an initiative governing EU relations with the post-Soviet states.

© Flickr / Michigan National Guard
NATO’s Next Step: Regional Blocs and the New Iron Curtain
The first issue on the agenda is relations of the European Union with Latin America and the Caribbean. A summit on EU's relations with the countries of the region will be held in Brussels on June 10-11.

Later in the day, the ministers will discuss the situation in Libya. EU foreign policy chief Federica Mogherini is due to present options for EU action that would contribute to strengthening security in the country in case of formation of a national unity government in Libya.

© REUTERS / Khaled Abdullah
80% of Houthis' Weapon Storage Facilities Destroyed
The ministers will also discuss the migration policy, which is closely related to the situation in Libya. After another boat with 700 migrants capsized while crossing from Libya to Italy, Mogherini said EU member states should take urgent action to protect migrants trying in the Mediterranean.

The working lunch will be devoted to the situation in Yemen, where the Saudi-led coalition is conducting a military operation against Houthi rebels since late march, and then Mogherini will brief the ministers on the nuclear talks with Iran, which should result in a comprehensive agreement by the end of June.

No decisions on sanctions the European Union imposed against Russia over Ukraine crisis are not expected at the ministerial meeting.