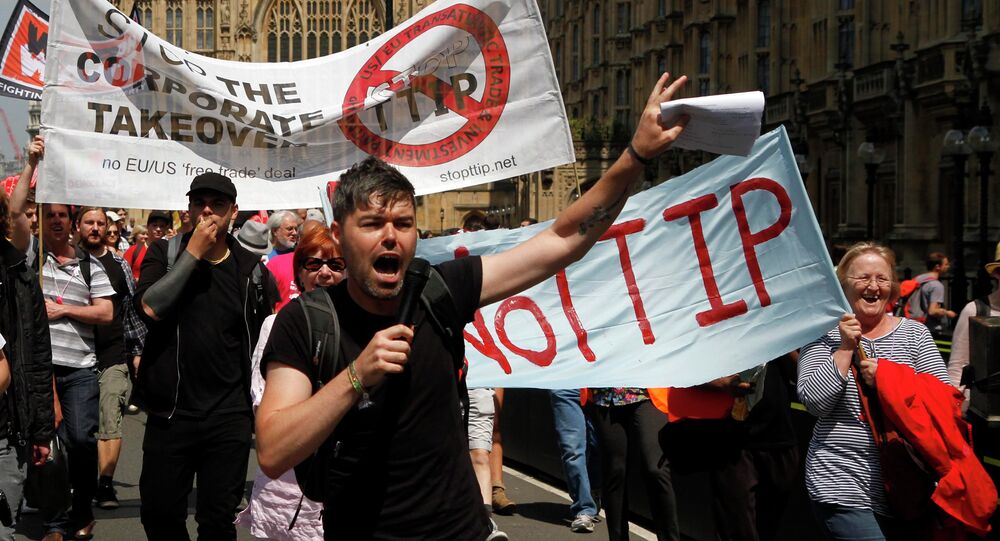 The proposed Transatlantic Trade and Investment Partnership (TTIP) free trade deal between the European Union and the United States would grant corporations major powers over people and countries, a spokesman for the Spanish Equo party told Sputnik.

MADRID (Sputnik) — Anti-TTIP rallies were held at over 700 locations around the world on Saturday, including dozens in Spain.

© Flickr / Garry Knight
Free Trade Deal With US Would Undermine Europeans’ Rights - Parliamentarian
The largest Spanish demonstration took place in Madrid, with over 20,000 attendees, according to organizers. In Barcelona, an estimated 4,000 people took to the streets to protest the proposed agreement.

The TTIP would mean “an enormous setback for the rights acquired by the Europeans, and consolidation of corporate power against states and people,” Juan Antonio Lopez de Uralde said Saturday.

The spokesman warned that if this deal is passed it would be a major blow to democracy and the environment. “Issues like fracking or transgenic products would be able to extend themselves freely into the European Union.”