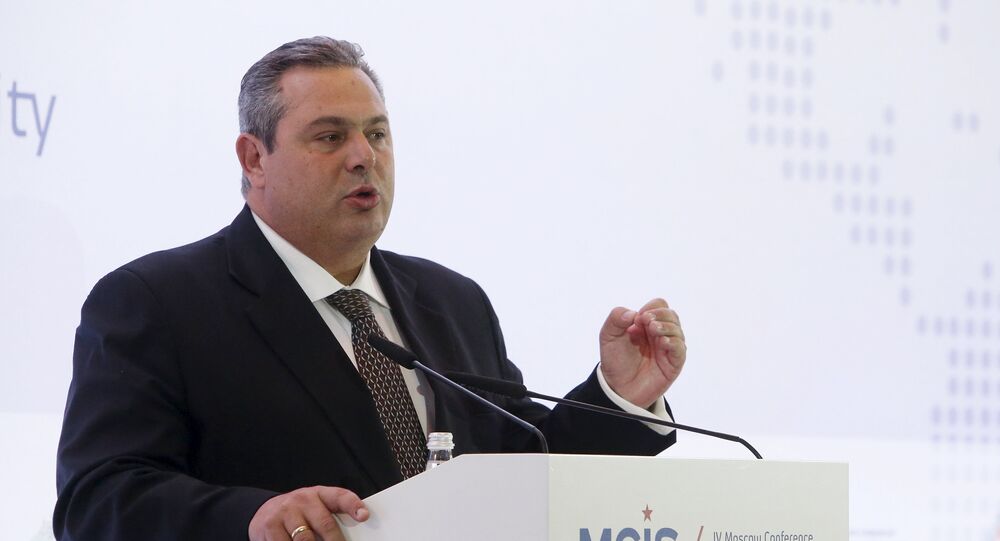 Greece wants to ramp up its mutually-rewarding cooperation with Moscow and is pressing the EU to lift the sanctions it imposed on Russia.

© Flickr / Chris Hutchison
Could Greece Be Key to Restoring Ties Between EU, Russia?
Greece is Russia’s traditional friend and ally and, as such, will make every effort to persuade the EU to lift the sanctions it slapped on Moscow for its alleged role in the Ukrainian crisis, Defense Minister Panos Kammenos told Gazeta.ru online paper.

The leader of the right-wing anti-austerity Independent Greeks party, which joined forces with the left-wing SYRYZA party of Prime Minister Alexis Tsipras in a coalition government, Panos Kammenos, is the only Western representative to attend the 4th Moscow International Security Conference that opened on Thursday.

“Greece is a member of NATO and the EU and my message to these organizations is that we need to work together with Russia and do everything possible to lift the embargo, which has been a disaster both for Russia and the EU. Greece is prepared to act as a go-between to make this happen,” Kammenos said.

“We have shared problems like terrorism, above all Islamic terrorism… These groups are also a threat to NATO and this is where Greece comes in as an important player defending the alliance’s southern flank. The EU, NATO and Russia should work together against a common enemy by exchanging intelligence and creating security zones,” Panos Kammenos added.

© Sputnik / Aleksey Nikolskyi
Greece, Russia Expand Cooperation, Negotiate Weapons’ Supplies
“The famous S-300, TOR and Kornet missile systems and a raft of other Russian-made weapons are all part of the Greek armory and are fully integrated into the existing NATO system. We plan further cooperation in this area when the embargo is finally gone, including the creation of joint defense production facilities.”

During his recent visit to Moscow Alexis Tsipras discussed with President Vladimir Putin the construction of an offshoot from the Turkish Stream pipeline as an additional means of natural gas supply to Europe. This is a matter of vital importance to Greece which wants to improve long-soured relations with Turkey.

Wrapping up the interview, Panos Kammenos thanked Russia for ensuring the security of the ethnic Greeks living in Crimea who faced persecution from the Ukrainian ultranationalists who seized power in Kiev in February 2014.