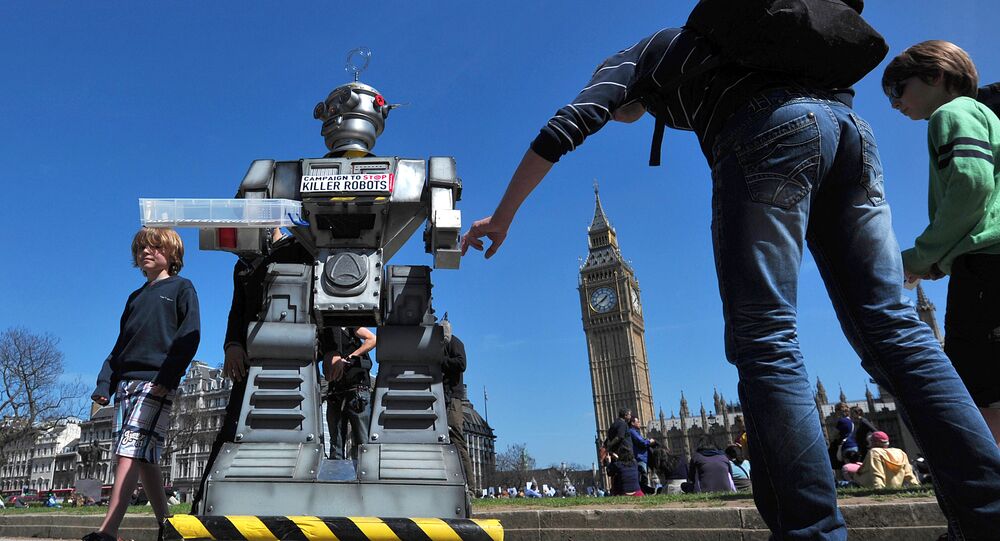 Director of the NGO Article 36 Thomas Nash said that most of the participants at this week's UN conference on Lethal Autonomous Weapons Systems clearly oppose the production of "killer robots".

More than 40 analysts and campaigners from a dozen of countries are currently in Geneva discussing LAWS matters at the meeting of the UN Convention on Certain Conventional Weapons (CCW). The main problem on the agenda is the incompatibility of such new technologies with the human ability to value life.

"There is some way to go before we get to negotiations on an international ban, but we think the mood in the conference room is clearly against developing killer robots," Thomas Nash, director of Article 36 that works to prevent "unnecessary harm," told Sputnik in an emailed statement.

© AP Photo /
Human Rights Groups Call for Ban on Killer Robots
The conference participant explained that allowing a machine to fire a missile or drop a bomb without human intervention is unacceptable from a moral perspective.

"Machines cannot value human life… Decisions about proportionality of an attack cannot be reduced to a pre-programmed algorithm," Nash, who is also a joint coordinator of the International Network on Explosive Weapons, said.

Moreover, robots can be vulnerable to jamming, cyberattacks and other failures, Nash noted.

The CCW meeting was brokered by the Campaign to Stop Killer Robots international coalition of non-governmental organizations, including Article 36.

The CCW seeks to ban or restrict the use of autonomous weapons over fears that they can lead to unjustifiable injury and deaths. Currently 115 states are parties to the convention, which came into force in 1983. Five more countries have yet to ratify the convention after signing the document.