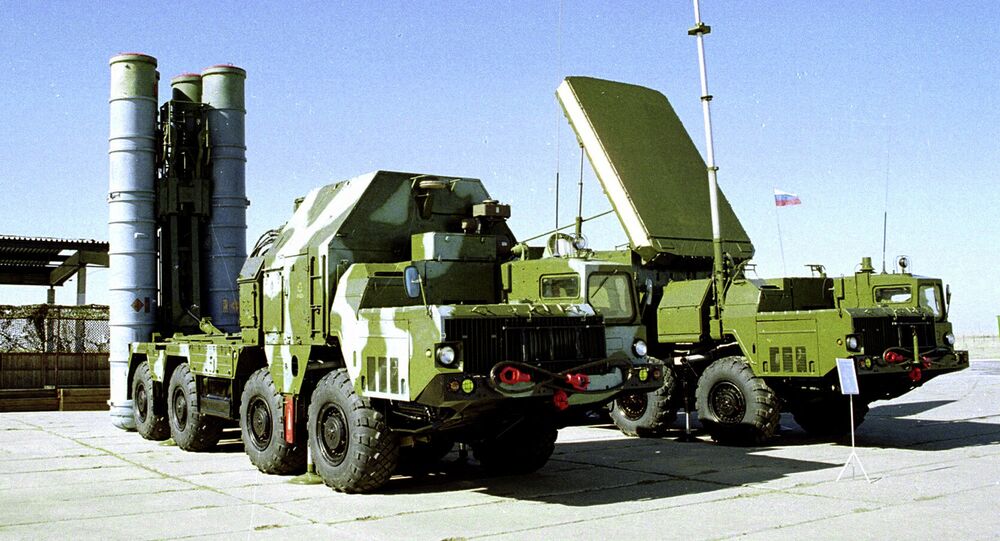 US State Department said that Russia’s decision to lift a ban on the sale of S-300VM anti-ballistic missile system to Iran does not violate UN Security Council-imposed sanctions on Tehran, but the United States still opposes the sale because Iran is destabilizing the Middle East.

WASHINGTON (Sputnik) — Russia’s decision to lift a ban on the sale of S-300VM anti-ballistic missile system to Iran does not violate UN Security Council-imposed sanctions on Tehran, but the United States still opposes the sale because Iran is destabilizing the Middle East, US State Department spokesperson Marie Harf said at a press briefing on Monday.

“We think, given Iran’s destabilizing actions in the region in places like Yemen, Syria or Lebanon, that this is not the time to be selling these types of systems to them,” Harf said. “In terms of UN Security Council sanctions, it is my understanding that it [S-300 sale] would not [violate UN sanctions on Iran].”

Harf noted, however, that the United States has concerns “about things separate and apart from whether they would be a violation of Security Council sanctions.”

On Monday, Russian President Vladimir Putin signed a decree lifting the 2010 ban on selling the S-300VM anti-ballistic missile system, or Antey-2500, to Iran.

The short-and-medium range missile defense system is one of Russia’s most advanced defenses against aircraft, cruise missile and ballistic missile attacks.

On Monday, Russian Foreign Minister Sergey Lavrov said Russia’s 2010 decision was voluntary and not based on legal requirements of UN sanctions. Lavrov noted the framework nuclear deal reached between international powers and Iran has made the weapons ban unnecessary.

Russia reportedly cancelled the deal in 2010 under pressure from the United States and Israel, who oppose providing Iran with advanced air defense systems that could counter Israeli or US air and ballistic missiles strikes.

On Monday, US Secretary of State John Kerry phoned Lavrov to convey the United States’ displeasure over the S-300 deal, the US State Department said.

Meanwhile, the White House declined to comment on specifics of conversations between the United States and Israel, but did not rule out officials are discussing the proposed missile sale.

Iran’s Defense Ministry and The Aerospace Industries Organization responded to the 2010 ban by launching a $4-billion lawsuit against Russia’s Rosoboronexport in an international arbitration court in Geneva in April 2011.

Lavrov said on Monday that the lawsuit, which is undecided, as well as the loss of revenue from the ban, factored in Russia’s latest decision to sell the S-300VM to Iran.