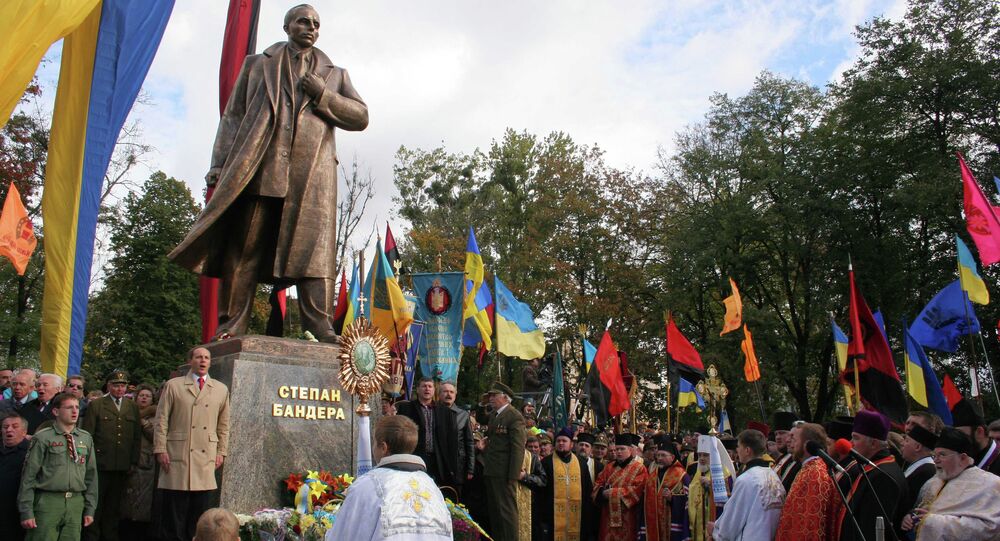 Representatives of Poland's Democratic Left Alliance consider the Ukrainian Rada's recognition of the Ukrainian Insurgent Army (UPA) as fighters for independence a "slap in the face" to the people of Poland and to its president, Polish Press Agency reports.

© AP Photo / Alik Keplicz
Thousands of Poles to Protest Against Warsaw's Support for Ukraine
The Polish social democratic political party Democratic Left Alliance (SLD) considers the Ukrainian parliament's recent recognition of the UPA as fighters for independence to be an insult to Poland and its president, Bronislaw Komorowski, an SLD representative stated at a press conference on Sunday.

"The Ukrainian Insurgent Army is being glorified, and a law has been passed recognizing the special role played by the UPA in Ukrainian history, designating that on its basis anyone who questions the fact that the UPA is a criminal organization involved in the genocide [of Poles] can be punished; this is a disgrace. It is a slap in the face to the Polish people and to President Komorowski," SLD deputy Tomasz Kalita stated.

Kalita considers UPA to be a criminal organization, and has appealed to the Polish president, who visited Ukrainian parliament last week, to "distance himself from the Ukrainian nationalists, to condemn the law and to speak critically about it."

© AP Photo / Alik Keplicz
West Must Scare Russia With Nukes – Lech Walesa
On Thursday, Ukraine's parliament passed a 'Law on the Status and Memory of the Participants in the Struggle for Independence in the 20th Century', several hours after Komorowski's visit. On Sunday, Polish presidential press secretary Joanna Trzaska-Wieczorek noted that Mr. Komorowski had called for reconciliation between the Polish and Ukrainian people, following their difficult and complex common history. "I hope that old disputes and quarrels will not get in the way in the path to good dialogue between our countries and peoples," Trzaska-Wieczorek noted, adding that "Poles and Ukrainians are capable of holding a difficult dialogue on the history of their conflicts and about their tragic consequences."

Over the past decade, Ukrainian-Polish relations have been strained by Ukrainian historians' growing attempts to rehabilitate the Ukrainian Insurgent Army. Polish historians blame the killing of between 100,000 and 130,000 Polish civilians and 5,000-10,000 Ukrainian civilians in Volhynia and Eastern Galicia on the UPA, claims which Ukrainian historians have downplayed or denied outright.

Thousands of Poles to Protest Against Warsaw's Support for Ukraine