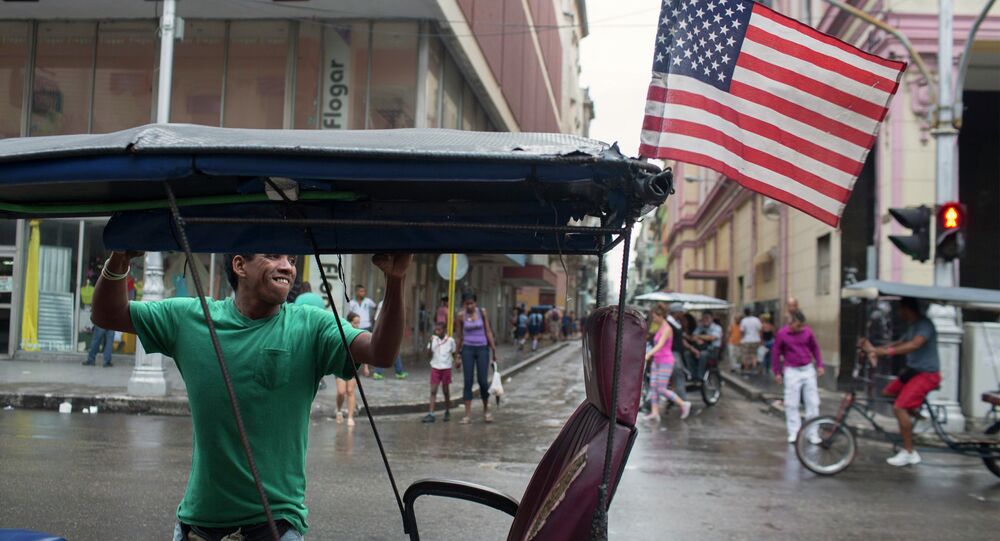 PANAMA (Sputnik) — The announcement was made at a press conference after talks of US President Barack Obama and his Cuban counterpart Raul Castro ahead of the Summit of the Americas, a gathering of Western hemisphere countries. The event started on Friday evening and lasted until April 11.

"Lifting the blockade [embargo] is essential to move forward in order to normalize [US-Cuba] relations."

According to Rodriguez, the Cuban side expects more steps to be done for improving bilateral relations and is working with Washington on reopening diplomatic missions in both countries.

© REUTERS / Panama Presidency/Handout via Reuters
Castro Expects Obama to Exclude Cuba From Terrorism Sponsors List Soon
A thaw in US-Cuba relations began in December 2014 after Obama announced that the United States would seek to normalize its relations with Cuba, including the restoration of diplomatic relations, the lifting of trade, visa restrictions as well as reopening a US embassy in Havana.

Washington is expected to lift the trade embargo imposed on Cuba in the 1960s, introduced after the nationalization of over $1 billion-worth of US assets on the island.

Historic Meeting Between US and Cuba: New Period in Countries’ Relations

Obama, Castro to Assess Progress in Normalization of US-Cuba Relations