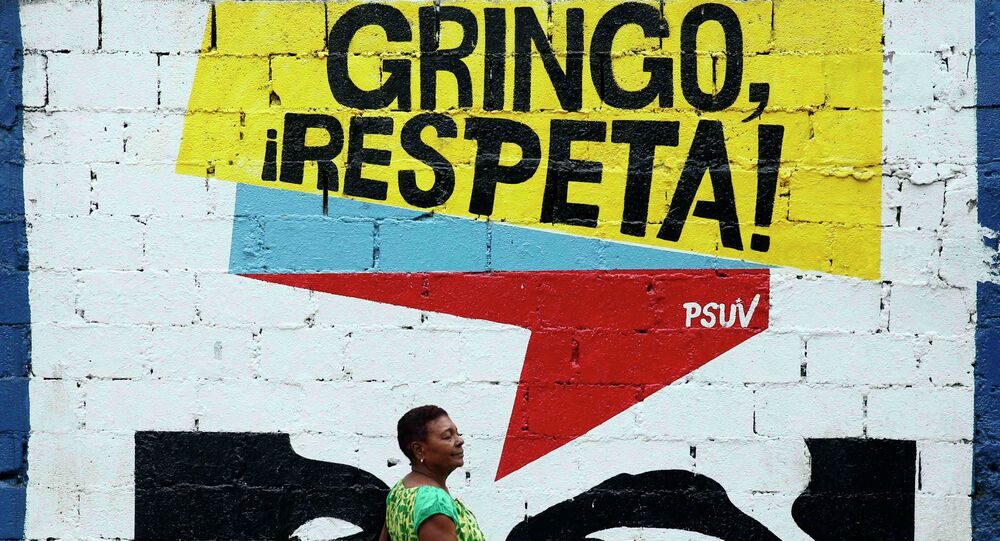 China Ruins US Plans to Bring Venezuela to Its Knees

China is counterbalancing the US' efforts to bring Venezuela to its knees: Beijing will lend Caracas around $10 billion while the country teeters on the brink of bankruptcy.

While the United States is waging an "economic war" against Venezuela and its President Nicolas Maduro, China is likely to obliterate Washington's plans to bring the Latin American nation to its knees; Beijing will lend Caracas around $10 billion in order to support the country's economy.

On March 9, 2015, US President Obama issued an Executive Order declaring Venezuela "an unusual and extraordinary threat to the national security and foreign policy of the United States."

The Venezuelan government has also come under pressure from its opposition, as protest rallies have been taking place in Caracas since last year.

Venezuela is teetering on the verge of bankruptcy, facing the threat of sovereign default. The fall in oil prices is adding fuel to the fire.

© Flickr / US Air Force
Latin American Countries Want to Remove All US Military Bases
According to the Venezuelan president, Washington could be behind the slide in oil prices, claiming that the US is waging an economic war against Russia and Venezuela.

Meanwhile Beijing considers the Latin American country exceptionally lucrative for its investment interests. China has already provided Venezuela with $45 billion in exchange for oil and fuel and it will lend Caracas two five-billion-dollar loans in coming months.

A half of the $10 billion will be provided as a part of a bilateral financial deal, and another $5 billion for the development of oil fields.

Venezuela and Cuba have not missed a chance to criticize US foreign policy toward Latin America during the 7th Summit of Americas on Friday.

Venezuela came to the summit with a petition signed by over 10 million people urging Washington to lift the latest sanctions imposed on the country's government officials. The petition also calls upon the White House to revoke its Executive Order denouncing the Latin American country as a "national security threat".

"President Obama has made the worst mistake of his six-year presidency in foreign policy towards Latin America," Nicolas Maduro said in an official speech Thursday, claiming that Venezuela "isn't [Washington's] backyard anymore."

Venezuela Gathers Over 10 Million Signatures Against US Sanctions

US Backtracks on Claims That Venezuela is 'Extraordinary Threat'