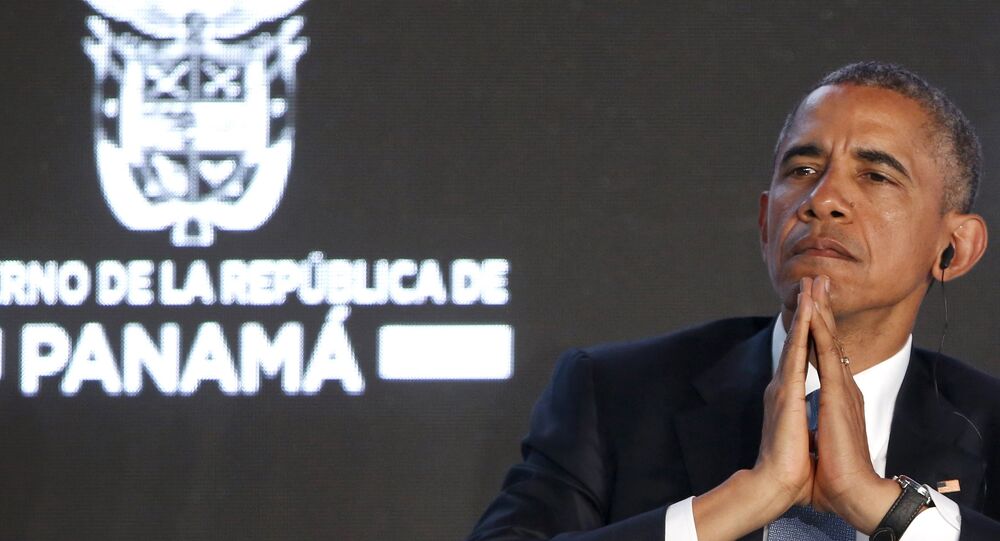 US President Barack Obama said that countries in the Western Hemisphere should invest jointly in infrastructure projects throughout the region to meet the demands of the global economy.

WASHINGTON (Sputnik) — Countries in the Western Hemisphere need to prepare their citizens to acquire jobs, improve infrastructure and close in on the gaps between rich and poor in order to meet the demands of the 21st century global economy, US President Barack Obama said during a speech at the Summit of the Americas in Panama City.

“Going forward, for the Hemisphere to continue to experience the growth that's necessary, I think there are a couple of principles that we just have to follow,” Obama said on Friday at the Summit. “The first is, our people have to be the best trained in the world.”

Obama stressed that countries in the Hemisphere need to focus on providing primary and secondary education to their citizens, but also invest jointly in infrastructure projects throughout the region.

“The more we can coordinate and work together on infrastructure, the better off we're going to be,” Obama said.

Moreover, Obama urged investing in the middle class to help “drive the marketplace much more so than folks at the very top.”

The US President’s remarks come on the opening day of the Summit, which is taking place from April 10-11 in Panama’s capital. The Summit is a gathering of countries from the Western Hemisphere that jointly work to address urgent regional challenges.