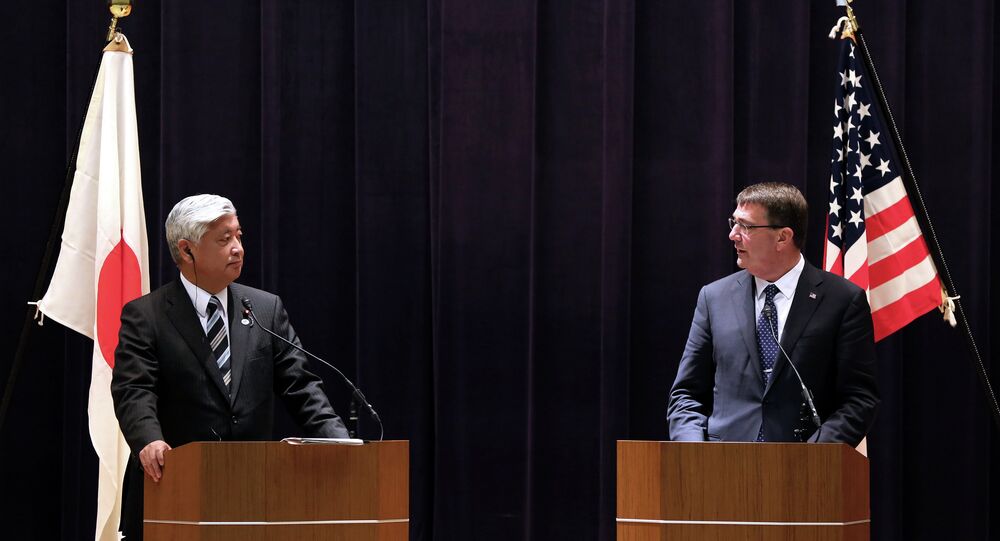 China Urges US to Refrain From Belligerent Rhetoric, Actions in Asia

China warned the United States on Thursday against belligerent actions and rhetoric that could heighten tensions and undermine peace and stability in the Asia-Pacific region.

BEIJING (Sputnik) — On April 8, at a joint press conference with Japanese Defense Minister Gen. Nakatani and US Secretary of Defense Ashton Carter, it was reiterated that the Diaoyu (Senkaku) Islands, controlled by Japan and claimed by China, fall within the scope of the 1952 US-Japan Treaty of Mutual Cooperation and Security.

In regards to the statement, Chinese Foreign Ministry Spokesperson Hua Chunying replied on Thursday that the United States should refrain from belligerent rhetoric and aggressive action that could potentially undermine stability in Asia:

“We urge the United States to release more cautious statements, to take a neutral position on territorial disputes, to make more efforts [to establish] peace and stability in the [Asia-Pacific] region.”

Chunying stressed that “no matter what actions and rhetoric” are made they will not change the fact that the Diaoyu (Senkaku) Islands are part of China’s territory.

The territorial dispute between Japan and China over the islands dates back to the 1970s. After World War II, the islands were controlled by the United States but were transferred to the Japanese along with Okinawa in 1972. Beijing claims the islands have been an integral part of China since ancient times.

The tensions between China and Japan over the islands escalated in 2012, when Japan's central government reached a deal to buy three of the five islands from a Japanese family that owns them for two billion yen ($16 million). The move triggered a wave of anti-Japanese protests across China, including a boycott of Japanese goods.

New Kid on the Block: China Dealing Crushing Blow to US Supremacy in Asia