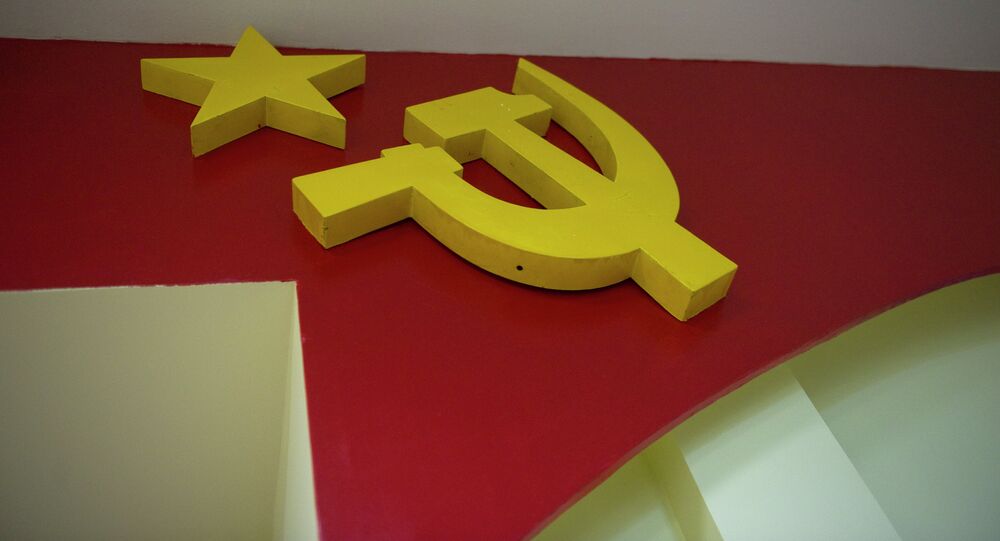 The parliament of Ukraine passed a bill, banning propaganda of Communist and Nazi regimes and their symbols.

KIEV (Sputnik) – The parliament of Ukraine passed a bill Thursday to ban propaganda of Communist and Nazi regimes and their symbols.

The bill received 254 “yes” votes, slightly above the required minimum of 226 votes.

© Sputnik / Evgeny Kotenko
Ukraine Defense Ministry Denies Volunteer Battalion's Use of Nazi Symbols
The law stipulates that propaganda of Soviet Communist and Nazi symbols by legal entities, political parties or media, may serve as grounds for registration refusal and closing down their practice.

Earlier in the day, the Ukrainian parliament also passed a bill to recognize the Ukrainian Insurgent Army (UIA) organization as fighters for Ukrainian independence. The UIA fought against Soviet guerrillas as well as against Nazi occupation between 1943 and 1944.