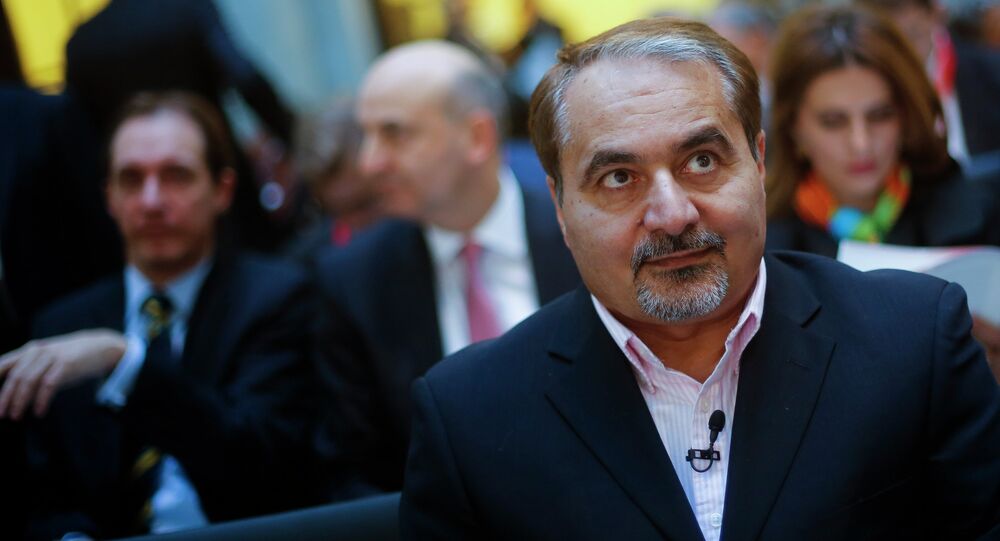 Iran’s agreement to a nuclear deal framework was based on concessions on domestic uranium enrichment, not economic sanctions, former Head of Iran’s National Security Council Seyed Hossein Mousavian said in a conference at the National Council on US-Arab Relations.

© AP Photo / Mikhail Klimentyev, Presidential Press Service
Iran Accession to Boost SCO's Global Influence - Secretary General
WASHINGTON (Sputnik) — The United States and other P5+1 countries agreed on a preliminary framework with Iran over the dimensions of its nuclear program last week. According to a fact sheet released by the United States, Iran will be allowed to enrich uranium up to 3.67 percent for the next 15 years.

“The only thing that really made the framework possible was first, the US agreed to Iran to have [uranium] enrichment for its domestic practical needs,” Mousavian stated on Wednesday.

The former head of the Iranian National Security Council argued that because of the concessions on enrichment, “Iran was willing to give every confidence building measure” to prove its nuclear program is not intended for weaponization.

US lawmakers have wrongfully attributed Iran’s willingness to negotiate to the tough economic sanctions imposed on the country, Mousavian explained.

“This narrative still has not been corrected in the US Congress,” he said. “US Congressmen say…Iran only came to deal because of sanctions pressures. There is a big misunderstanding.”

Rather than facilitating negotiations, further coercion by the United States “would make Iran more aggressive,” Mousavian warned. “If there is more opening up, more cooperation, Iranians, they make a deal.”

Iran Unlikely to Give Turkey Gas Discount in Near Future - Experts