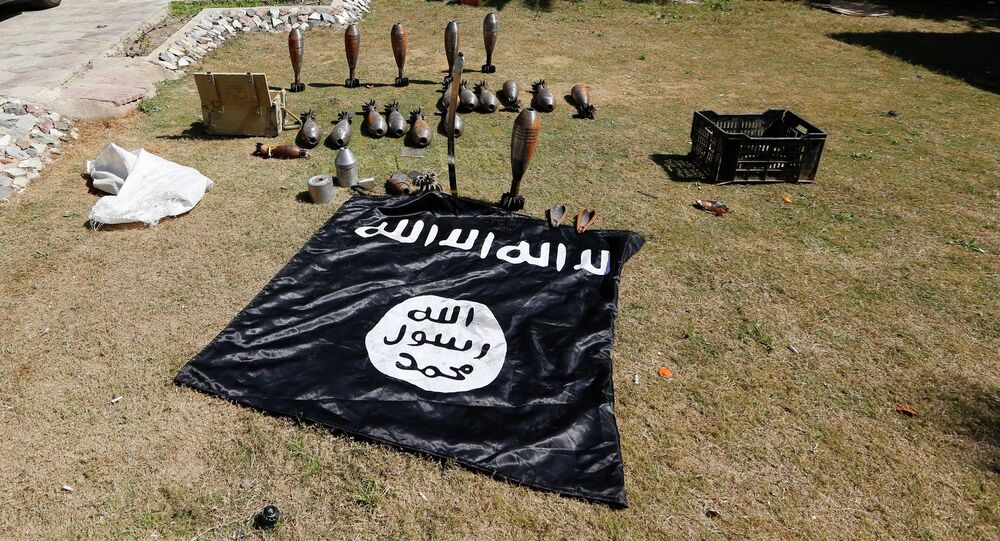 The spokesman for the Palestine's PFLP party told Sputnik that the besieged refugee camp Yarmouk was still a Palestinian issue after it was overrun by the Islamic State.

PELP is the second-largest group after Fatah forming the Palestine Liberation Organization (PLO), which is an internationally-recognized representative of the Palestinian people.

Raja said the camp, which hosts a mix of Palestinian and Syrian refugees, is a "symbol of Palestinian Diaspora." "This is why everybody who wants to maintain the Right to Return has to fight," he told Sputnik.

Raja claimed Palestinian forces controlled 45 percent of the camp, after reports last week that ISIL jihadists and allied al-Nusra militants had managed to take over some 90 percent of its territory.

More than 2,500 people have been evacuated from the camp, the PFLP spokesman said, adding that they were working to bring more refugees to safety.

Until recently, Yarmouk was home to about 18,000 refugees, including some 3,500 children, according to the UN aid agency UNRWA. It has been struggling with a humanitarian crisis since it first came under siege from ISIL in late 2012.