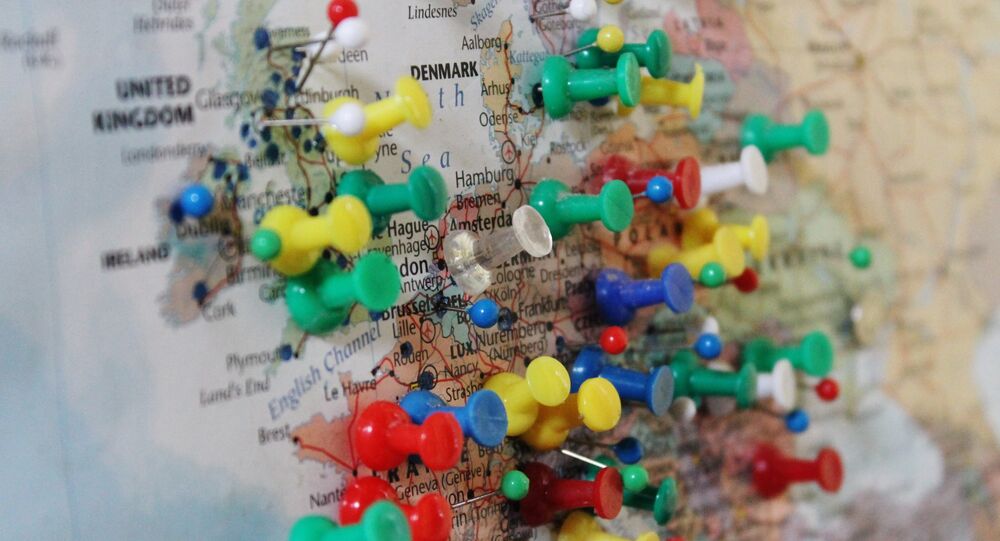 Everyone in the EU is worried about the economy and financial situation, forgetting about the importance of geopolitics, and that could be the downfall of the union, according to French journalist Coralie Delaume.

Greece’s exit from the European Union (EU) and its rapprochement with Russia would have serious geopolitical implications for Europe, French journalist Coralie Delaume said in an interview with Le Figaro.

The Eurozone is getting weaker every day, said Delaume, adding that Greece’s withdrawal from the monetary union is highly probable, especially after Greece’s intention to introduce a “dual currency.” The so-called “Greek euro”, a currency that would be used in Greece only, would be in fact another step towards leaving the European monetary union.

© Sputnik / Aleksey Nikolskyi
Tsipras' Visit to Moscow May Start 'New Era' in Russia-EU Diplomacy
As Greece failed to find support in Europe, Tsipras hopes to get closer to Russia, especially considering that the two countries have a longstanding relationship.

At this point in time, everyone in Europe is worried about the economy and financial situation, forgetting about the importance of geopolitics.

“Everyone seems to be convinced that geopolitics is a residue of the 19th Century and that we now live in the era of economics and accounting… Europe has become a political black hole!” Delaume told Le Figaro.

Meanwhile, Moscow is building political relationships with Greece, Turkey and Cyprus. Soon, the Russian navy will be allowed to enter the waters near Cyprus. Europeans are foolish enough to allow Russia to gain support in the Mediterranean region. From an economic and political standpoint, the EU is on the verge of collapse, Delaume said, as cited by the French daily.