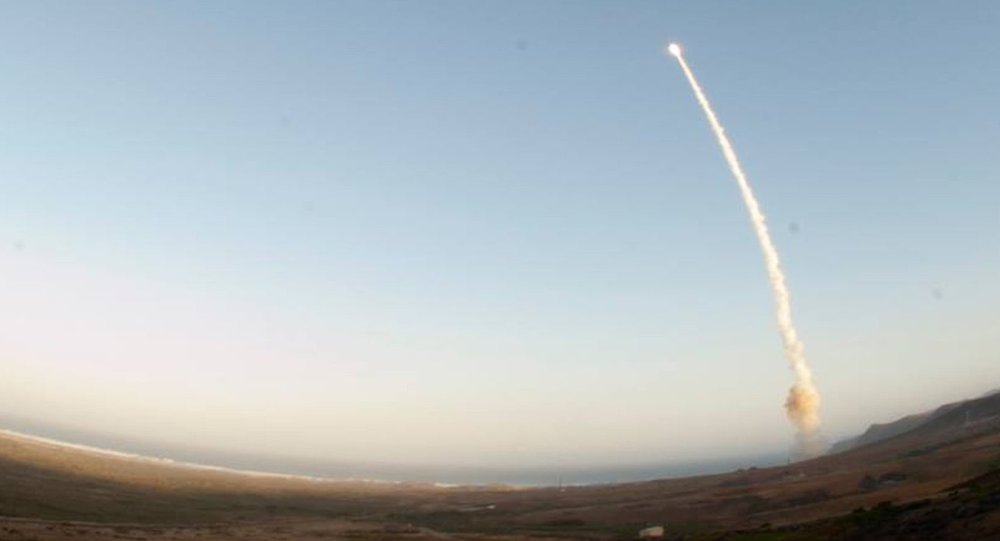 MOSCOW (Sputnik) — Five years ago, on April 8, 2010, the so-called New START treaty, or the Measures for the Further Reduction and Limitation of Strategic Offensive Arms, was signed between Russia and the United States.

As it signed the treaty, the Russian side also made a unilateral statement on missile defense.

The new START Treaty was drafted on a strict parity basis in accordance with the principle of equal and indivisible security.

The treaty provides for actual, verifiable and irreversible reductions in strategic offensive arms.

As a result of such reductions, the total amount of strategic offensive arms available to the sides seven years after the treaty came into force (by February 2018) and in the future must not exceed: 700 deployed intercontinental ballistic missiles (ICBMs), deployed submarine-launched ballistic missiles (SLBMs), and deployed heavy bombers (HBs); 800 deployed and non-deployed ICBM and SLBM launchers and HBs; 1,550 warheads on deployed ICBMs, SLBMs and HBs.

The legal limit on the number of warheads in the amount of 1,550 will be different from their actual number. This is due to the fact that the treaty established new rules for counting nuclear warheads carried by heavy bombers, each of which is now assigned one warhead. However, the actual number of warheads that a bomber can carry ranges from 12 to 24 missiles or bombs depending on the type of bomber in question.

Thus, the actual number of warheads for each side will amount to about 2,100 for Russia and about 2,400 for the United States, which has a slightly greater number of heavy bombers. This difference will decrease as the US B-1B bombers are withdrawn from the nuclear forces and converted for non-nuclear purposes, which will preclude their further use as nuclear weapon-carrying bombers unless these functions are restored following a lengthy process of reconversion.

The sides are free to determine the structure of their respective nuclear triads (a set of air-, sea- or land-based carriers), and can deploy new types of missiles and other carriers, provided they duly notifying each other of such developments.

The treaty imposes no restrictions on the deployment of land-based missiles with multiple independently targeted re-entry vehicles (MIRVs).

The treaty prohibits strategic offensive arms being based outside the national territories of the parties.

The New START does not restrict the development of US missile defense systems, only recognizing a link existing between defensive and offensive weapons.

In addition to the treaty, the sides signed a protocol to it, which spells out the terms used in the treaty and establishes new compliance procedures.

Russia’s State Duma ratified the treaty on January 25, 2011, while the Federation Council ratified it the following day.

On February 5, 2011, Russian Foreign Minister Sergey Lavrov and then-US Secretary of State Hillary Clinton signed a protocol and exchange of instruments of ratification of the treaty in Munich, and it entered into force.

The document is designed to remain effective for 10 years with the potential for renewal for another five years upon the mutual agreement of the parties.