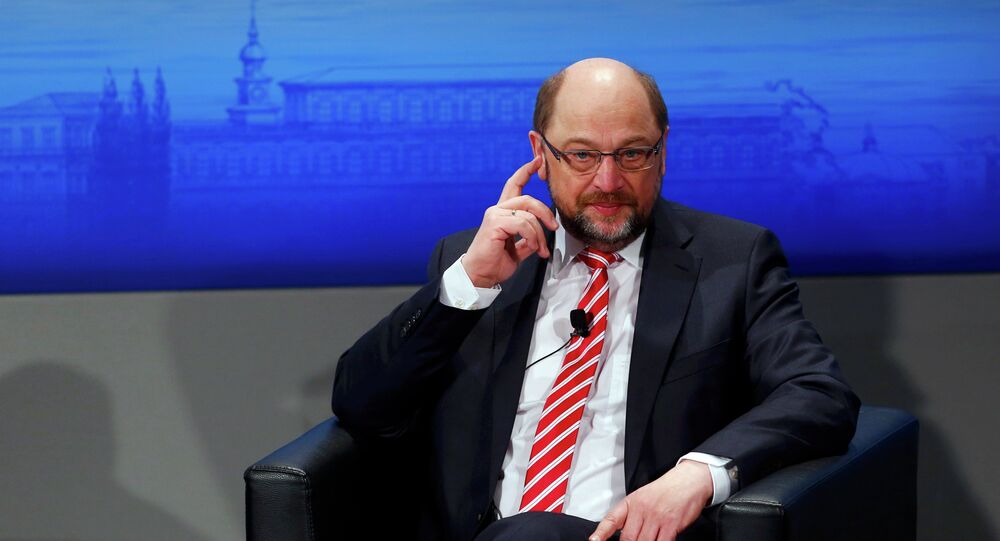 European Parliament Calls on Tsipras 'Not to Jeopardize' EU Unity

The President of the European Parliament Martin Schulz advised Greek Prime Minister Alexis Tsipras “not jeopardize the unity of the European Union” during his visit to Russia.

MOSCOW (Sputnik) — The President of the European Parliament Martin Schulz said in an interview with German Bild magazine that he advises Greek Prime Minister Alexis Tsipras “not jeopardize the unity of the European Union” during his visit to Russia.

Do you believe Greece can bridge the gap between Russia and the EU?
Voted: 1388
All polls
Tsipras is scheduled to visit Moscow on April 8-9. He is expected to will meet with Russian President Vladimir Putin, Prime Minister Dmitry Medvedev State Duma Speaker Sergei Naryshkin and head of the Russian Orthodox Church, Patriarch Kirill. According to Tsipras’ press office, the sides will discuss bilateral cooperation in trade, investments, energy, tourism, culture and education. Media reports suggest that Greek Prime Minister will ask Russia for economic help.

“I don’t know if Russia will provide Greece with financial assistance and when it may happen. But I can advise Tsipras not to jeopardize the unity of the European Union,” Schulz said.

Greece's debt to the troika of creditors comprising the International Monetary Fund (IMF), the European Union and the European Central Bank (ECB), is estimated at some $270 billion. The country must repay $22.5 billion in interest this year.

In February, Russian Finance Minister Anton Siluanov said that Moscow could consider the possibility of providing financial aid to the Greek government if Athens requests it, but no such requests have been made so far.