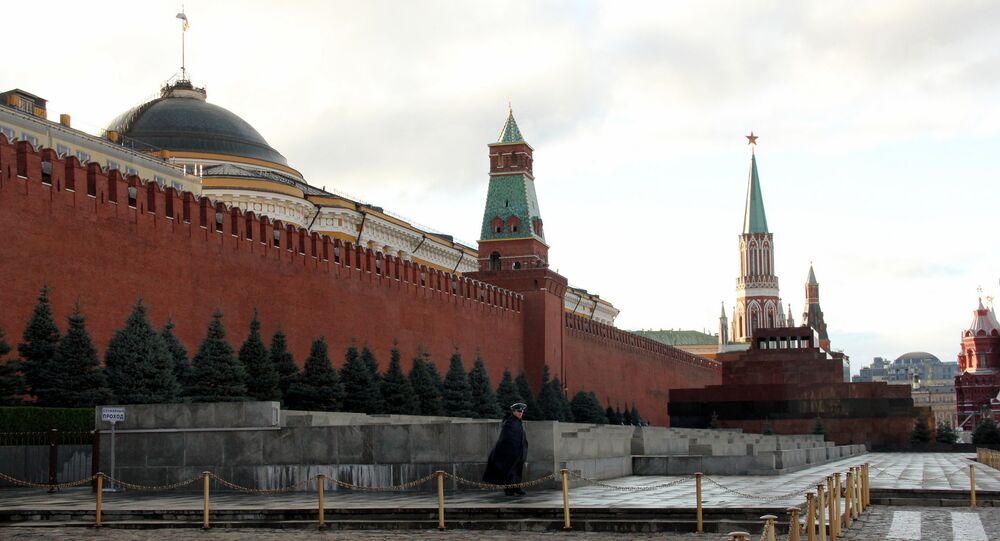 The Ukrainian Foreign Ministry released a colorful statement Tuesday, stating that it would not be sending a representative to Moscow to celebrate the 70th anniversary of victory in the Second World War; moreover, the Ministry warned that its bilateral relations with countries who do send a representative will be negatively affected.

Ukrainian Foreign Ministry spokesman Evgeni Perebiynis told reporters on Tuesday that Ukraine will not be sending any representatives to Moscow in May to celebrate victory, noting that "under conditions of Russian aggression against Ukraine, there can be no participation of Ukrainian representatives in events in Moscow."

© Sputnik / Alexander Vilf
At Least 25 States to Take Part in WWII Victory Day Celebrations in Moscow
Absurdly, Perebiynis noted that Russia is a "country that, despite its anti-Nazi rhetoric, encourages the Nazi movement at home and is a center of pilgrimage for Neo-Nazis from all over the world. We believe that the celebration of Victory Day in such a country can hardly be called anything other than blasphemy."

© Sputnik / Alexander Vilf
Russia Invites Ukrainian Second World War Vets to Moscow for Victory Day
Last month, the Russian Foreign Ministry revealed that it had sent personal invitations for Ukrainian veterans to attend the parade as guests. As per tradition, Ukraine is set to have its own Victory Day celebrations May 9, and has created a new Remembrance and Reconciliation holiday for May 8.
...
Reddit
Google+
Blogger
Pinterest
StumbleUpon
Telegram
WhatsApp
2022
Topic:
The 2015 Victory Day Celebrations in Moscow (90)