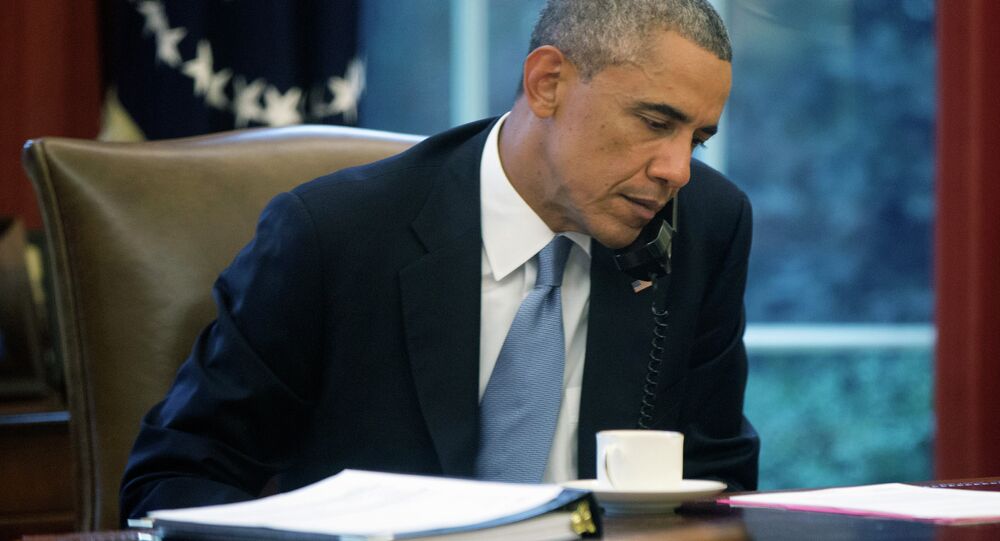 The White House says that Obama discussed in a phone conversation on Monday with the Sultan of Oman Qaboos al Said the interim framework agreement on Iran’s nuclear program.

WASHINGTON (Sputnik) — US President Barack Obama discussed in a phone conversation on Monday with the Sultan of Oman Qaboos al Said the interim framework agreement on Iran’s nuclear program, the White House announced in a statement.

“The President [Obama] spoke today with Sultan Qaboos al Said of Oman to share details of the political framework reached between the P5+1, the EU, and Iran on a Joint Comprehensive Plan of Action regarding Iran’s nuclear program,” the release, issued on Monday, said.

Obama pledged the United States commitment to working with Oman and other regional partners to address Iran’s destabilizing activities in the region.

© AP Photo / Vahid Salemi, File
Israel Still Considers Military Action Against Iran Despite Nuke Deal
“The President extended an invitation for the Sultan to join the other leaders of the Gulf Cooperation Council at Camp David this spring to further these consultations,” the statement added.

In return, the United States and the European Union promised to gradually lift all nuclear-related sanctions imposed against Iran. The UN Security Council will only partially lift its sanctions, with the existing restrictions on conventional arms and ballistic missiles as well as core UN provisions dealing with the transfer of sensitive technologies and activities to remain in place.

Inside Track on the Iranian Framework Agreement