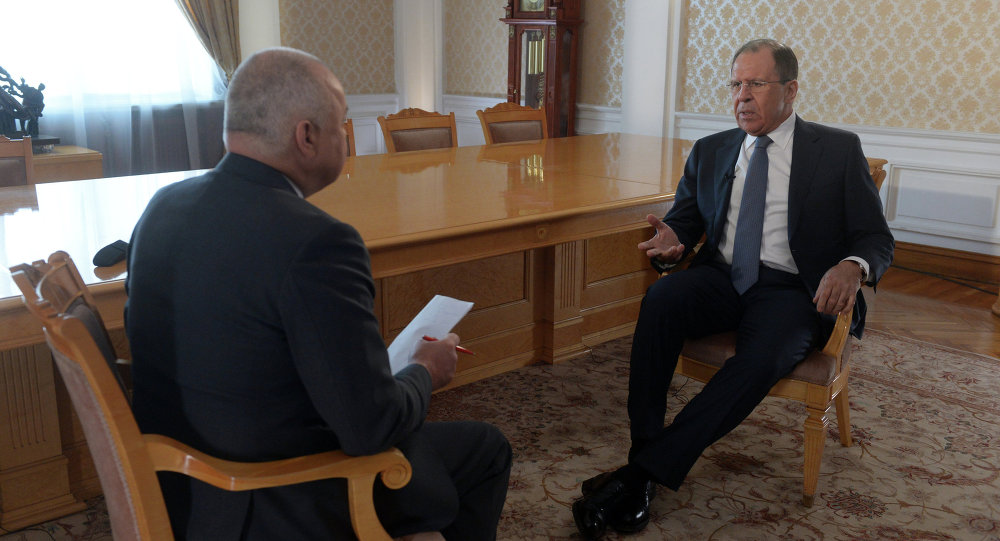 Russian Foreign Minister Sergei Lavrov said that the lifting of economic, financial sanctions will allow Iran to pay in full to Rosatom and, consequently, Russian budget will receive revenues worth billions.

"Of course, the lifting of economic, financial sanctions will allow Iran to pay in full to Rosatom, and, consequently, our budget will receive revenues worth billions," Lavrov said.

Russia and Iran have a history of cooperation in energy, industry and military sectors. Russia's Rosatom experts have assisted Iran in building several nuclear reactors. Iran signed agreements that will have its nuclear facilities sending spent nuclear fuel back to Russia.

© AFP 2019 / FABRICE COFFRINI
Devil is in Western Interpretation of Iran Nuclear Deal
Sanctions imposed on Iran by the United Nations in a series of six resolutions over the past decade have complicated bilateral ties between Moscow and Tehran. In 2010, Russia backed a UN resolution on arms deliveries to Iran, freezing a military contract worth $800 million.

The newly-agreed framework deal on Iran's nuclear program will see broad economic, scientific, military and trade sanctions against the Islamic Republic phased out over time.