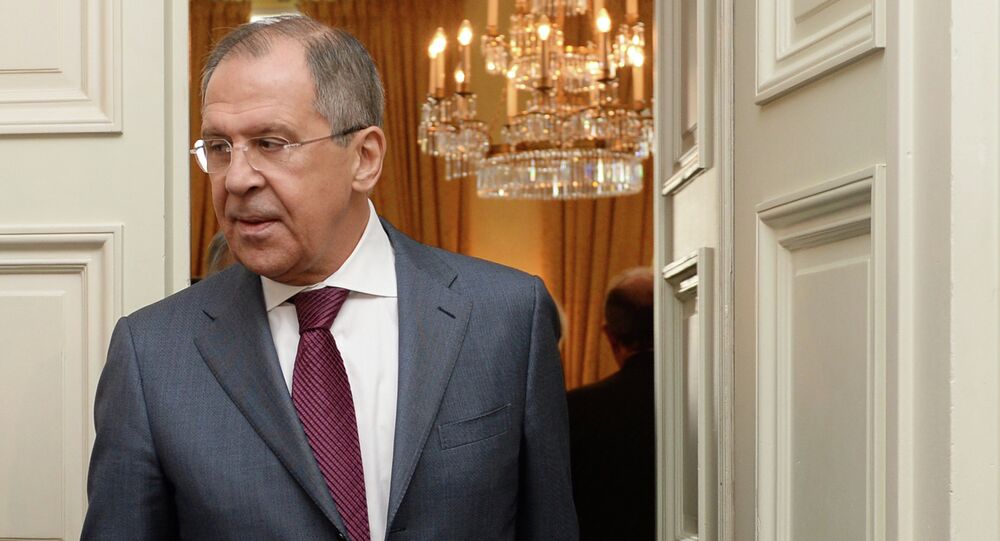 Russian Foreign Minister Sergei Lavrov said that Iran will be the most controlled, the most inspected states if principles agreed on in Lausanne in talks between Iran the P5+1 group are translated into the language of practical agreements.

"Iran will be the most controlled, the most inspected if those principles agreed on in Lausanne are translated into the language of practical agreements, and this language can only be mutual, so we have to listen to what our American colleagues have to say regarding sanctions relief," Lavrov said.

Lavrov said Iran had always emphasized that it was ready to fulfill its obligations in the non-proliferation of the nuclear weapons agreement.

© AFP 2020 / BRENDAN SMIALOWSKI
Russia’s Role in Iran Nuclear Deal ‘Very Helpful’ - US State Department
Russia's top diplomat also stated that the agreement, brokered by envoys of Iran and P5+1 group, will not lead to an arms race in the Middle East.

"In any case, everything that was decided and everything that has to come true…does not give any reason to say that this will provoke an arms race. On the contrary, this agreement closes the possibility of somehow looking for loopholes to open a military aspect in Iran's nuclear program," Lavrov said.

On April 2, Iran and the P5+1 group of international mediators reached an interim deal on Tehran's nuclear program after marathon talks in Switzerland.

© REUTERS / Brendan Smialowski/Pool
All Nuclear-Related Sanctions Against Iran to Be Lifted - Mogherini
The mediators, including Russia, China, the United States, the United Kingdom, France and Germany, agreed with Iran on a number of key issues that had previously obstructed the deal.

The International Atomic Energy Agency (IAEA), the United Nations' nuclear watchdog, will control Iran's compliance with the safeguards that were imposed on it in the nuclear framework accord.

The IAEA will conduct what the US president described as "intrusive" inspections of Iranian nuclear facilities. Its inspectors will have access to all nuclear sites they consider suspicious for at least a decade. The agency will control Iran's research on advanced centrifuges that produce weapon-grade uranium.

A final comprehensive deal on Tehran's controversial nuclear program is expected by the end of June.