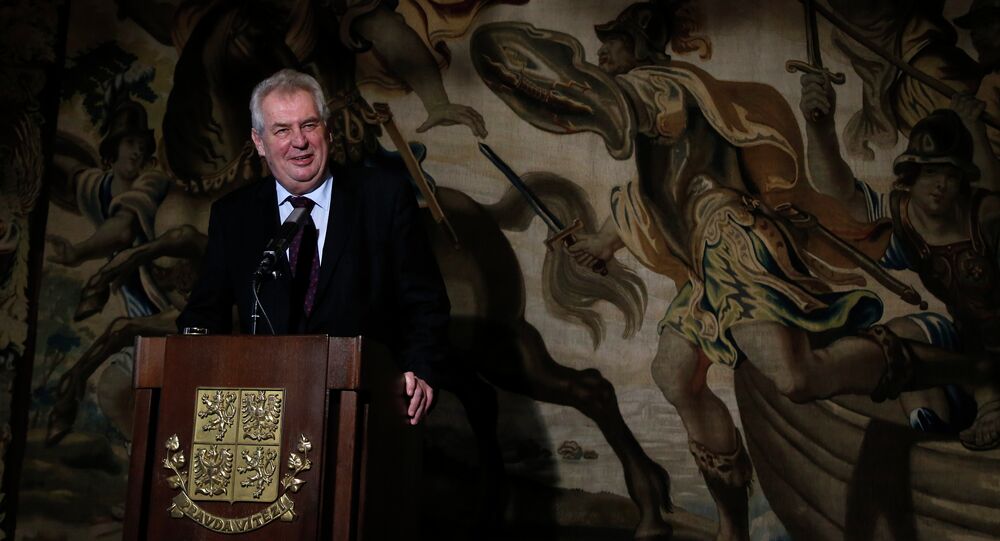 Doors of the Czech presidential residence are now closed to US Ambassador in Prague after he advised Czech leader Milos Zeman against attending a Victory Day parade in Moscow.

"The American ambassador has closed the doors of the [presidential residence]," President Zeman said in an interview with the local magazine, Parlamentni Listy.

This came after Schapiro, a former fundraiser for US President Barack Obama, told Czech television in late March that Zeman's planned visit to Russia amid the ongoing Ukrainian crisis would not send "a good message."

Zeman lashed out at the US representative, who took up office six months ago, saying he could not imagine a Czech ambassador in Washington giving advice to the US leader on his foreign travels.

Moscow earlier sent out invitations for world leaders to attend the Victory Day parade in Moscow marking the 70th anniversary of the Nazi Germany's defeat and the end of World War II.