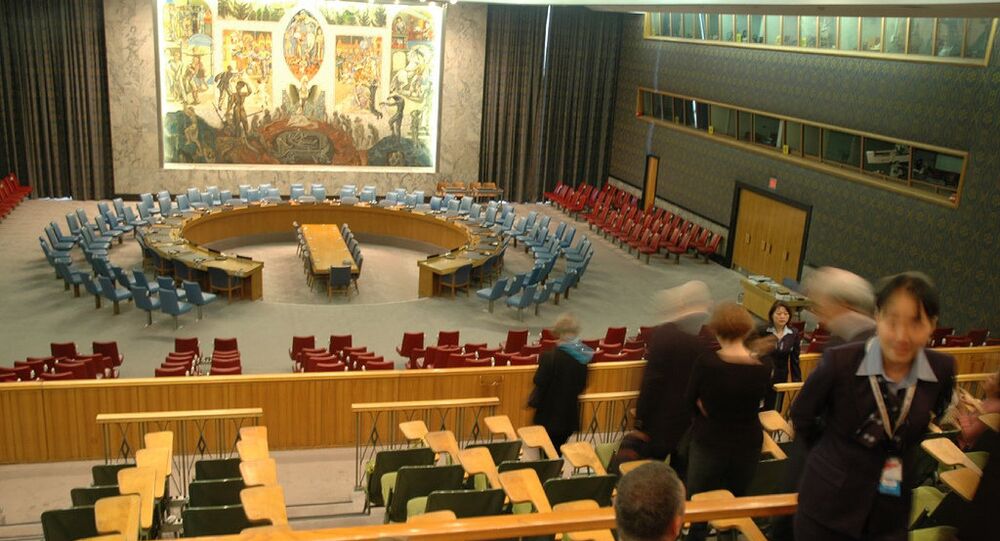 UNSC, Gulf States Hope for Results on Draft Resolution on Yemen by Monday

UN Security Council's president for April Dina Kawar said that the Council hopes to achieve results on the planned Gulf Cooperation Council's draft resolution on the situation in Yemen by Monday.

"We have arranged for meeting on the side between a few members of the Council and the GCC, we are working on that all day today. We hope that by Monday we can come up with something," Kawar said.

© AP Photo / Frank Franklin II
UNSC Says Needs Time to Consider Russia's Draft Resolution on Yemen
She said that the Council continued making efforts to reach a consensus on the steps to be taken in regard to the situation in Yemen.

Kawar said the current grave situation in Yemen, including dire humanitarian conditions, was caused by Houthi rebels operating in the country.

The Gulf countries intend to submit a draft resolution to support Yemeni President Abd Rabbuh Mansur Hadi and to introduce an arms embargo on the Houthi rebels in Yemen.

Yemen is being torn by a conflict between Houthi forces making advances in the country and troops loyal to Hadi, who fled the country amid escalating violence. A Saudi Arabia-led international coalition is currently conducting airstrikes on Houthi rebels' positions.