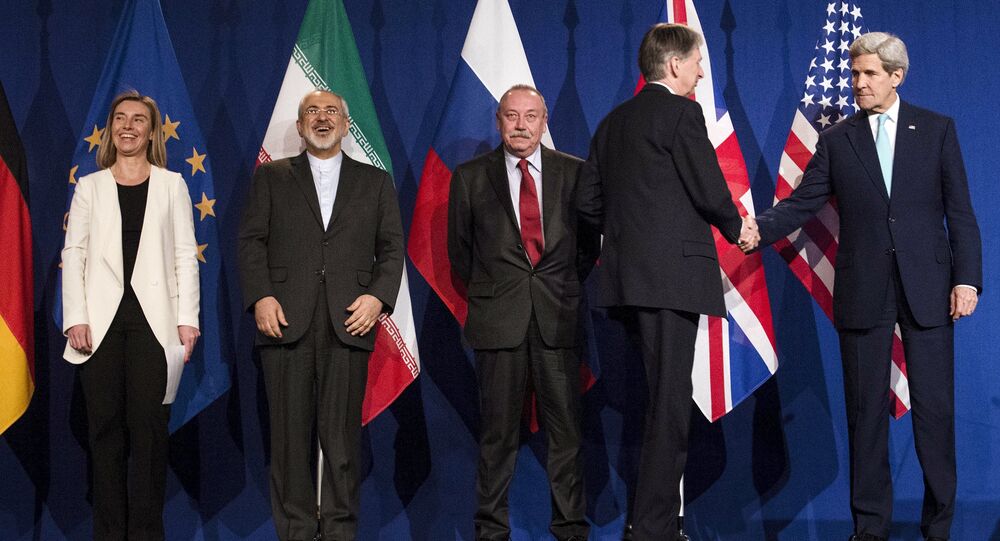 Former Israeli Deputy Chief of Mission to the United States Dan Arbell said that implementation of the framework agreement, which was reached between Tehran and the P5+1 group, will be more effective in stopping Iran's nuclear development activities than any military action against the Islamic Republic.

WASHINGTON (Sputnik) — Implementing the framework agreement reached between Iran and the P5+1 group of countries will do more to freeze Tehran’s nuclear development activities than a military campaign ever would, former Israeli Deputy Chief of Mission to the United States Dan Arbell told Sputnik on Friday.

“It [military option] won’t set the program back for a longer period than it is already being set back, now, by this deal,” Arbell said.

A military campaign involving the United States, Israel or the Gulf states, according to Arbell, would be counterproductive because it would draw the ire of the international community and bestow Iran with legitimacy to pursue a nuclear weapon.

© AP Photo / Ronald Zak
Iran and US Already at Odds Over Conditions of Nuclear Agreement
Arbell argued that while the military option might buy short-term deterrence, it would come at a heavy price and would fail to effectively address long-term underlying issues.

The P5+1 group of countries have a very good chance of finalizing this agreement by June 30 if they can avoid being undermined by detractors within the US Congress and Israeli government, Arbell warned.

“I imagine at the end of the day the President [Obama] will succeed and the P5+1 will be able to sign a deal with Iran,” Arbell said. “It’s better than any other option right now. So I don’t think it’s a bad deal.”

© AP Photo / Chairman of the Joint Chiefs
US Senate Democrats Support Iranian Nuclear Deal Over Possible War
The ultimate success of the framework agreement will depend on the implementation phase and the ability to ensure Iran lives up to its end of the bargain, the former Israeli diplomat said.

Iran and the P5+1 group of countries agreed to the framework of a nuclear agreement in Switzerland on Thursday that aims to prevent Iran from acquiring a nuclear weapon for at least ten years, according to the US State Department.

US, Iran Will Not Go to War if Nuclear Talks Fail - Middle East Expert