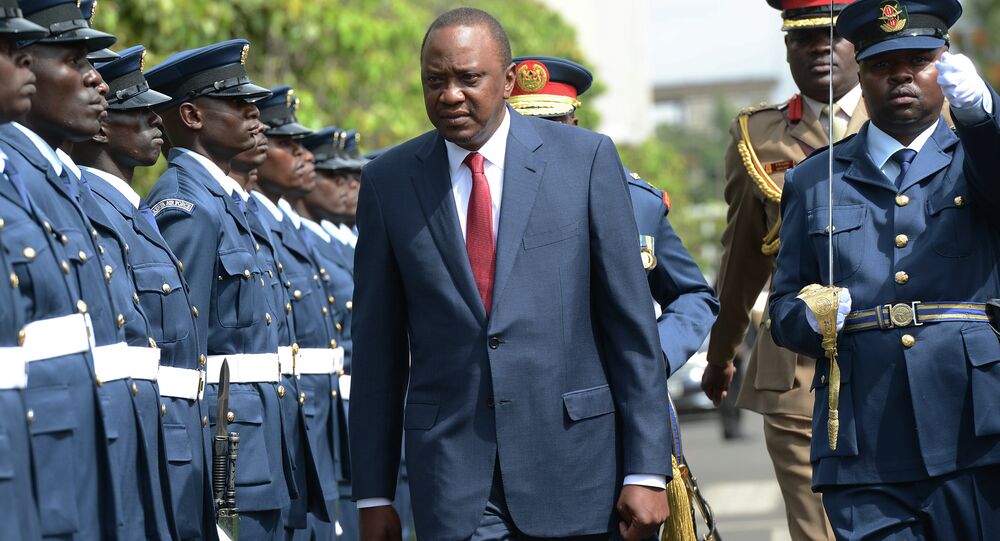 US President Barack Obama will meet Kenyan President Uhuru Kenyatta in July 2015 to discuss issues of security and counter-terrorism.

WASHINGTON (Sputnik) — US President Barack Obama and Kenyan President Uhuru Kenyatta agreed in a telephone conversation to discuss security and counterterrorism cooperation in July 2015 following the Thursday terrorist attack on Garissa's University College, the White House announced in a statement.

“He [Obama] reiterated that he looks forward to meeting with President Kenyatta again in Nairobi in July, when the two leaders will discuss how to strengthen counterterrorism cooperation and continue to work together to build a safer and more prosperous future for Kenya and the broader region,” the statement, issued on Friday, said.

The Kenyan authorities reportedly announced a reward of $215,000 for any information leading to the capture of Mohamed Mohamud, or Mohamed Kuno, who is considered to be the mastermind of the Garissa University College attack.

Al-Shabaab, a clan-based Islamist militant group linked to the international terrorist organization al-Qaeda, violently took over most of Southern Somalia in 2006, expanding its insurgency and carrying out frequent gunfire and suicide attacks.

In 2011, Kenya declared war on al-Shabaab after a series of kidnappings by the terrorist group. Since, al-Shabaab has committed numerous terror attacks in Kenya's northeast.