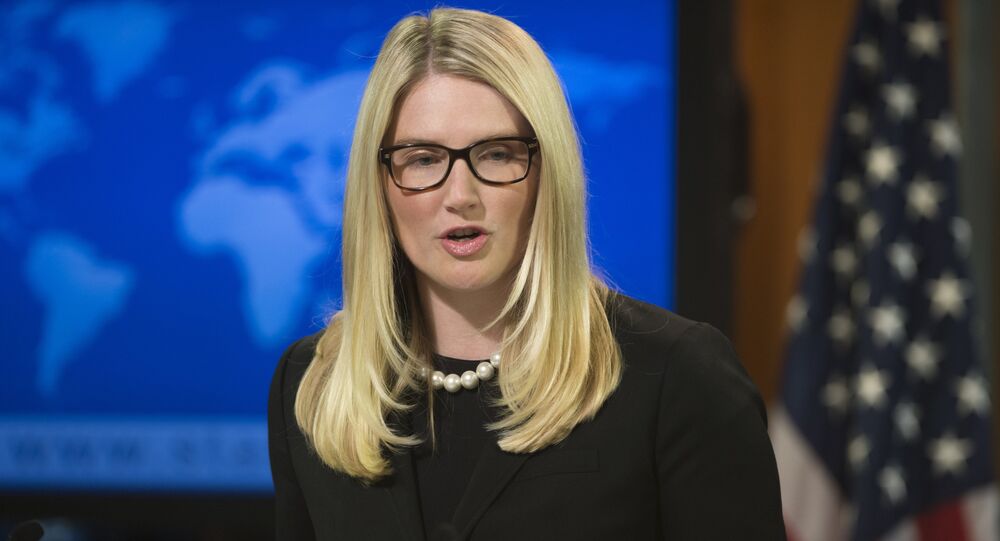 US State Department spokesperson Marie Harf expects that sanctions against Iran may be suspended sooner than a year from now.

WASHINGTON (Sputnik) — Nuclear program-related sanctions against Iran may be suspended sooner than within a year, US State Department acting spokesperson Marie Harf said on Friday.

© AFP 2021 / FABRICE COFFRINI
Sanctions Against Iran Would Not Be Lifted Immediately – French FM
“We expect for the [anti-Iran sanctions] suspension piece to happen generally within the first year, but again, if Iran takes these steps more quickly, then the suspension can come more quickly,” Harf told journalists at a press briefing.

Harf added that Iran will receive sanctions relief only after the International Energy Agency (IEA) verifies that Tehran has taken steps to implement the agreement reached in Lausanne, Switzerland on Thursday.

The United States and a number of European countries have imposed several rounds of economic sanctions against Iran amid allegations that Tehran was trying to cover up its development of a nuclear weapon from the international community.