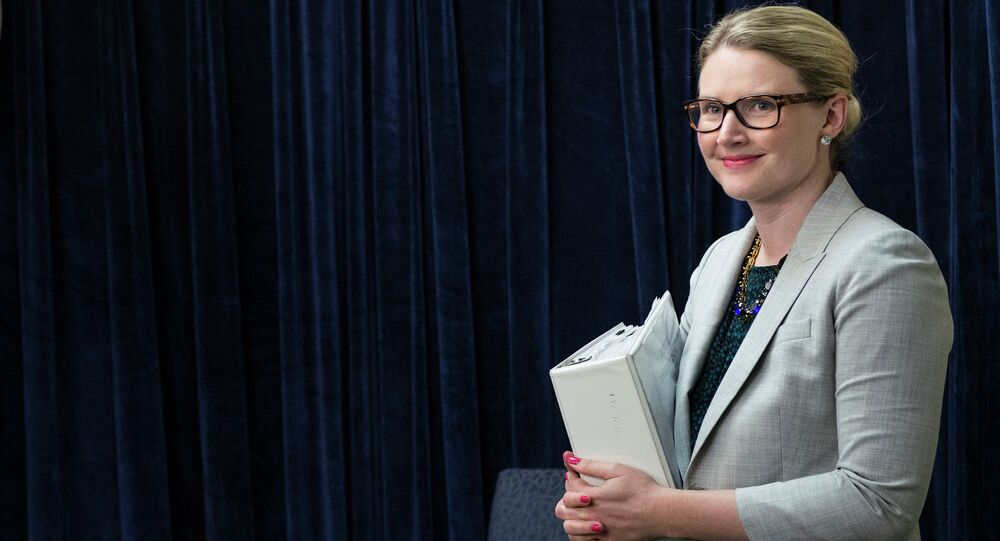 US State Department spokesperson Marie Harf said Russia played an important role in reaching the framework agreement with Iran over its nuclear program.

WASHINGTON (Sputnik) — Russia’s technical knowhow on nuclear issues and common position with the United States played a helpful role in reaching the framework agreement with Iran over its nuclear program, US State Department spokesperson Marie Harf said on Friday.

Harf explained that as a nuclear power, Russia’s technical team was particularly helpful in some of the finer details of negotiations, as was its position as a permanent member of the UN Security Council, which will ultimately play a role in lifting the existing sanctions against Iran.

© AP Photo / Fabrice Coffrini
Russian Envoy Hails Success of Iran Nuclear Talks
According to the Thursday’s agreement between Iran and the P5+1 group of countries, Iran’s breakout time to develop a nuclear weapon would be increased from the current two-to-three months to a year.

Tehran will have to reduce by two-thirds the number of centrifuges and reduce by 97 percent its stockpile of low-enriched uranium.

Iran agreed to stop uranium enrichment at its Fordow facility, while a limited number of first generation centrifuges will be allowed to operate at Natanz.

Advanced centrifuges will be placed under storage by the International Atomic Energy Agency (IAEA).

At its Arak facility, Iran agreed to redesign and rebuild the heavy water research reactor with a design that will be unable to produce weapons-grade plutonium, and to destroy and send to a third country the existing reactor and spent fuel.

As part of the deal, Iran will also not build any new enrichment facilities for 15 years.

In exchange, the P5+1 group of countries agreed to lift all US, EU and UN sanctions against Iran related to its nuclear program once Tehran’s compliance with the deal is verified.

Thursday’s deal comes after nearly 18 months of negotiations between Iran and the P5+1 group.

The framework agreement will be followed with a comprehensive technical agreement set to be reached by June 30, 2015.

Russian officials have hailed the agreement as a success, with Russian Foreign Minister Sergei Lavrov saying on Friday that the chances of reaching a final deal are very high.