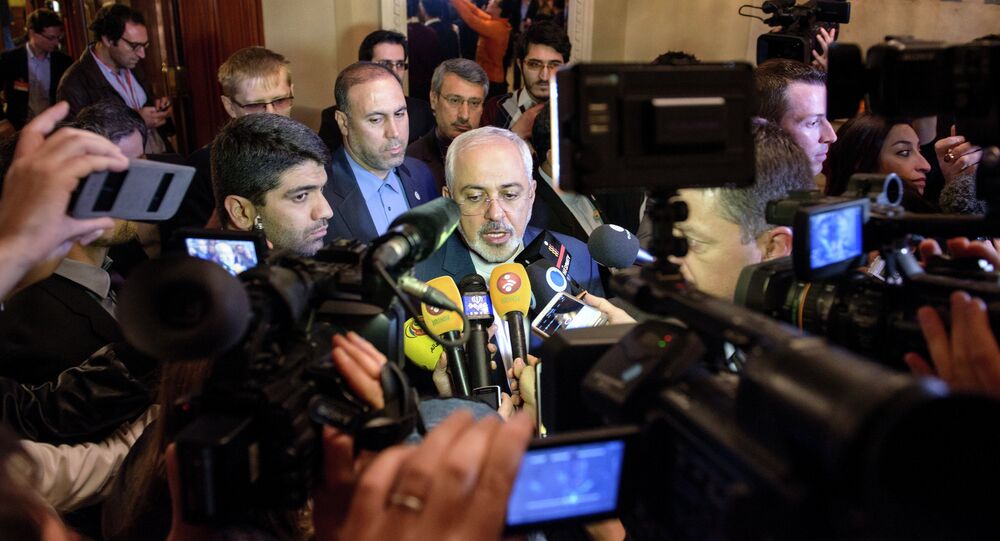 Iranian Foreign Minister said via Twitter that a solution had been found to the Islamic Republic's nuclear issue.

MOSCOW (Sputnik) — An agreement has been reached at extended talks on Iran's contested nuclear program in the Swiss city of Lausanne, Iranian Foreign Minister Mohammad Javad Zarif announced via Twitter on Thursday.

"Found solutions. Ready to start drafting immediately," Zarif said after over a week of negotiations among six world powers with Iran.

© AFP 2020 / POOL / BRENDAN SMIALOWSKI
Participants of Iran Nuclear Talks to Make Press Statement Within Two Hours
The latest round of negotiations between six world powers and Iran started on March 19. The originally imposed deadline for reaching a preliminary agreement was extended from Sunday until Tuesday and then into Thursday.

The P5+1 countries, comprising Russia, the United States, France, China, the United Kingdom and Germany have been trying to seal a deal ensuring peaceful nature of Iran’s nuclear program since November 2013.

The deadline for reaching a comprehensive agreement was set for July 1.

The negotiators seek to prevent Iran from alleged developing a nuclear bomb in exchange for lifting sanctions crippling Tehran's economy. Tehran has maintained that its program has peaceful nature and aims to cover country’s rising demand for electric power.