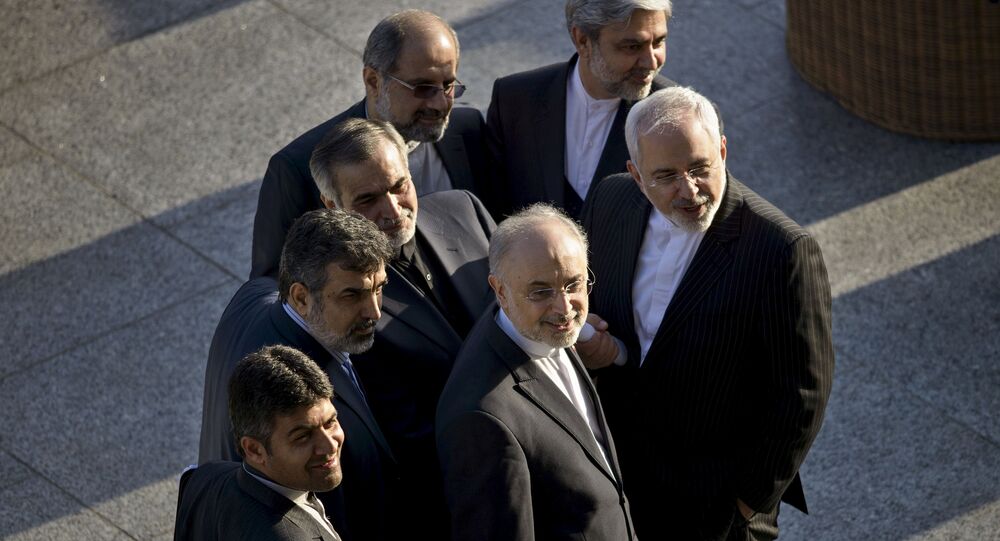 There are still sticking points that P5+1 and Iran must resolve to reach a framework for a deal on Tehran's nuclear program, Iranian Foreign Minister Mohammad Zarif told journalists Thursday.

LAUSANNE (Sputnik) – The deadline for reaching an agreement on the framework for a deal on Tehran's disputed nuclear program was Tuesday, however, Iran and the P5+1 group, comprising Russia, the United States, France, China, the United Kingdom and Germany, continue to negotiate.

© AFP 2020 / FABRICE COFFRINI
Fabius Expects Press Declaration on Iran Nuclear Talks Before Easter
"There are sticking points we need to resolve," Zarif said, adding that he was intent upon achieving an agreement.

"If everything goes well, we may be able to have an official press situation," Zarif said, adding he was still unsure as to the outcome.

Earlier in the day, a source in the German delegation said that it was unclear whether the P5+1 group and Iran would make a press statement on the framework Thursday. Zarif said that a statement would be released if negotiations were successful.

The deadline for a final comprehensive agreement on the Iranian nuclear program has been set for July 1, 2015.