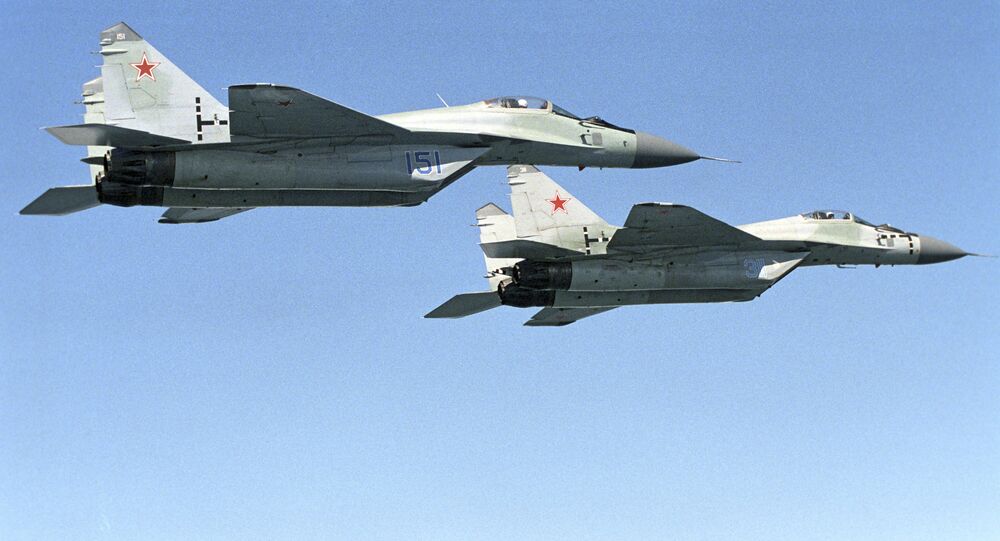 More than 100 Air Force pilots and service personnel took part in the exercises with more than 30 pieces of military and aviation hardware.

“More than 100 Air Force pilots and service personnel are participating [in the military exercises] with more than 30 pieces of specialized military and aviation hardware,” the press service said.

© Sputnik / Vladislav Belogrud
Drones to Live-Stream Large-Scale Drills With S-300 in Russia's Buryatia
During the three-day exercises, the fighter pilots will cover ground forces from the air and destroy “enemy” bombers, as well as cruise and ballistic missiles.

Earlier this week, Eastern Military District announced that over ten aircraft including helicopters simulated attacks by an "enemy" near the Chinese border. According to the district press service, S-300 missiles, jet fighters and support aircraft will carry out live-fire exercises in April in southern Siberia.

The Russian Defense Ministry announced plans to conduct at least 4,000 military exercises throughout the country in 2015.